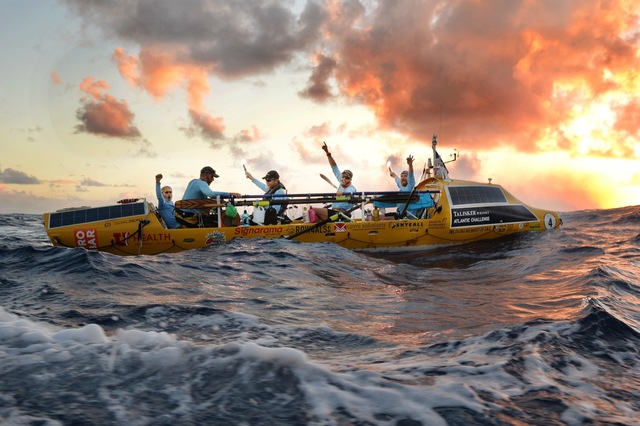 In December 2018, Alan Alderman could see nothing ahead except expansive, endless water. More than 2,000 miles from his destination, a seasick Alderman steered a 28-foot-long boat crammed with five men. While Alderman had initially compared his epic journey across an ocean to those of scriptural giants like Nephi, Noah, and the Jaredites, at that moment Alderman felt more like Laman or Lemuel.

What had possessed him to leave his family and the comforts of his home during Christmas to row across the Atlantic Ocean?

“We wondered what in the heck we had gotten ourselves into,” Alderman says. “We all blamed Tim Ryan, our team captain who had this brilliant idea. . . . I relate it to how Laman and Lemuel must have felt when they were out on the sea and they were mad at their dad and at Nephi and they tied them up and wanted to throw them overboard, because there was a moment in time I wanted to throw Tim right overboard.”

So how did Alderman find himself in such a miserable condition? What possessed five men to cross an entire ocean with nothing but a boat, oars, and their own will power?

Tim Ryan stepped out into a dark, snow-strewn night in February 2017, an exciting and crazy idea forming in his mind. He was going to row across the Atlantic Ocean.

More people have been into outer space and climbed Mount Everest than have rowed across the Atlantic. Yet Ryan knew it was possible. He had just stepped out of a documentary detailing how four middle-aged English women who met in the carpool lane at their kids’ schools ended up rowing across the Atlantic together.

“From that moment, I knew I would compete in [the Atlantic Challenge],” Ryan says.

All Ryan needed was a boat, a team, and a cause that would inspire five men to row more than 3,000 miles nonstop through heat, waves, and whatever fury Mother Nature might throw at them.

He instantly knew the man he needed to call: Alan Alderman.

“I’ve known Alan since around 2000,” Ryan says. “Ours is an unlikely friendship, what with a Latter-day Saint and a guy who owns 12 sports bars. . . . Yet, we have a super strong bond. There isn’t anything I wouldn’t do for him, and I gather he would do the same for me.”

When Alderman was diagnosed with ALS in 2001, Ryan became “one of my biggest supporters,” Alderman says.

So when Ryan was searching for a charitable cause to raise awareness for during the Atlantic Challenge, Alderman instantly came to mind. 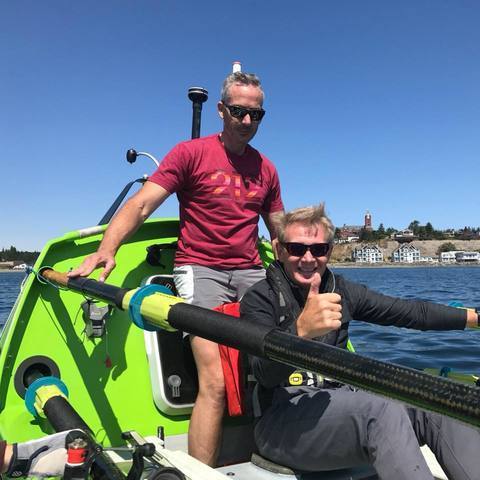 “Tim contacted me hoping that I would help him with the fundraising and the charitable component of the race,” Alderman says. “I said, ‘I believe that it is a fantastic fundraising idea, and yes, I will help you. But my help comes under one condition: I am on that boat and I am a part of the team.”

“He swallowed hard and probably thought, ‘Oh no, what have I done?’ Alderman continues. “And that is how Row4ALS was formed.”

On December 12, 2018, Row4ALS was the first team out of the harbor as they began their two-month trek from La Gomera in the Canary Islands to Antigua. “We were nervous and apprehensive because we were leaning into the unknown,” Alderman says. And the crew had good reason for their pre-race butterflies.

Just three days before the race, the crew endured a horrific three-hour practice row. Despite taking Dramamine and sporting an anti-seasickness patch, Alderman became violently ill. That night, he told his team that he would withdraw from the race if he became that sick again on the next practice row.

“The silence at that moment was amazing,” Alderman says. Though it would be heartbreaking to withdraw, Alderman knew the ramifications if he became ill during the long-distance race. If, at any point in the race, he or his crew required medical or other assistance, they would be disqualified.

Thankfully, Alderman didn’t have even a hint of seasickness during the next practice row.

The team set out from La Gomera in a 28-foot long, 70-inch wide highly specialized carbon fiber boat. “These boats are virtually unsinkable,” Alderman says, adding with a laugh that he knows that’s what they said about the Titanic before it sank on its maiden voyage. 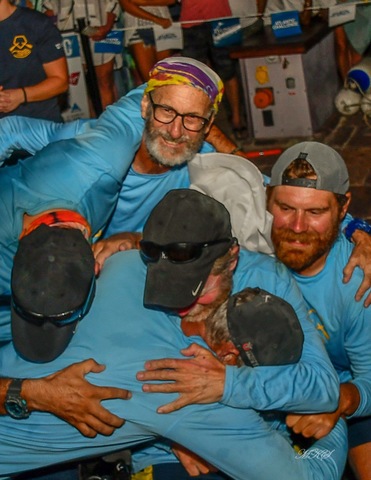 “The conditions of life on a rowboat have really forced all of us through some, shall we say social barriers or norms. There’s no personal space. It’s a big change to be helping your buddy off a toilet bucket or tracking his urine production,” Alderman says. “But isn’t that the basis of being stripped down to raw survival? Unbreakable bonds are being formed.”

Despite the months of physical preparation, there was no way the men could prepare mentally for the monotony and strain of the journey. Four out of the five rowers, including Alderman, had bouts of seasickness throughout the two months at sea, leaving them miserable and weak.

“Rarely were you able to sleep for more than an hour to an hour-and-a-half at a time,” Alderman says. “You were constantly wet with saltwater. I don’t think that my feet were dry for the whole time.” The men also began developing blisters and sores along their hands, backs, butts, and legs. 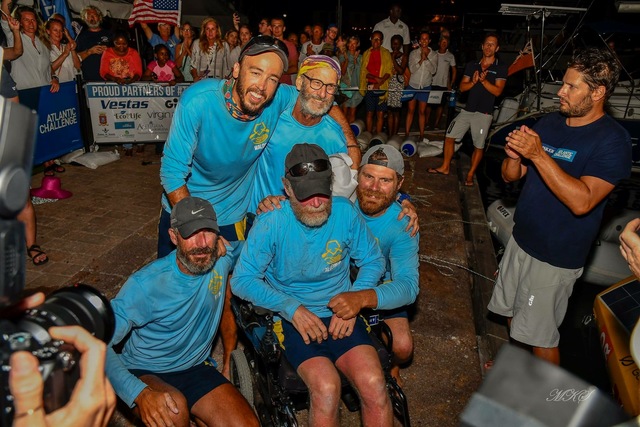 The freeze-dried food aboard the boat, in Alderman’s opinion, was disgusting. Every night the men would scrounge up what food they could palate and then play the game “What’s for Dinner?” by describing in meticulous detail what they would have eaten for dinner on dry land.

An eerie moment came for the crew on the morning they awoke to find the last island had passed out of sight and nothing but water surrounded them. The five men would not see land for another 49 days.

“We had anticipated and trained very well for the physical part of the row, but as hard as it was physically, it was a lot harder mentally, emotionally, and psychologically,” Alderman says. “The race is obviously physical . . . but it is more in your head and in your heart than it is in your arms.”

Despite the trepidation and discomfort, Alderman knew from past experience that he could survive and even find happiness in the most miserable of circumstances.