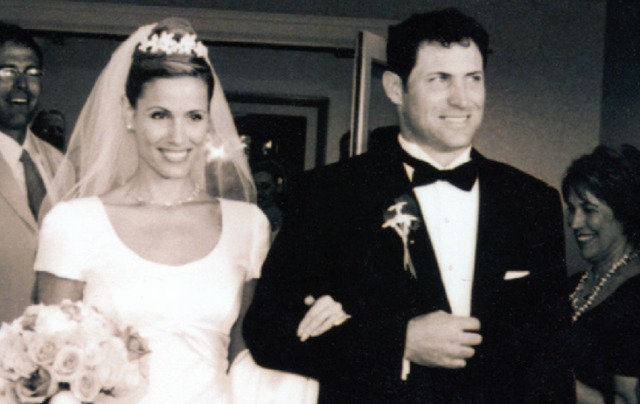 In his autobiography, QB: My Life Behind the Spiral, Young gives fascinating insights into his dynamic football career, as well as deeply personal, never-before-told stories from his life. We at LDS Living are privileged to share an exclusive glimpse of Young’s book with our readers. Enjoy!

Young’s football successes brought challenges, including trying to date and marry. Even at BYU, Young had some disturbing dating experiences. He writes:

It seemed like everyone felt the urge to give me marital advice. I got all kinds of letters from Mormons throughout the country who were convinced I was supposed to marry their daughter. My bishop at the time, Scott Runia, said that he received over 200 letters per year from women who claimed they’d had a revelation that they were supposed to be with me. Parents were sending photo album résumés of their daughters to my parents and other members of my family. It was bizarre.

And Young’s rising fame as an NFL quarterback only increased his dating difficulty.

The dating scene had gotten more and more complicated with each year of my career. Fame and money posed a challenge in sorting out people’s true motivations. But my biggest problem was finding the time to cultivate a meaningful relationship. The burden I felt to train and perform and meet expectations as a pro quarterback left me little opportunity for other aspects of my life.

Though Young had dated seriously and was engaged twice, first in 1986 and then in 1996, he never felt quite right about it and ended both relationships. Young shares the surprising way he finally found “the one” in 1999:

When I wasn’t on the field, my mind kept drifting back to a spiritual experience I’d [recently] had. During the off-season, I had gone to Utah to meet with Apostle Richard G. Scott. I confided in him my concern that I had missed my opportunity to meet my wife. He told me not to worry, and he assured me that I was right where I was supposed to be. Then he placed his hands on my head and offered me a blessing, promising me that God was mindful of my situation.

Not long after, I called my close friend Tyde Tanner and told him about the blessing I had received from Elder Scott. It wasn’t the sort of thing I shared lightly. But I trusted Tyde. We were quite close, and we often talked about spiritual things. So after telling him about my meeting with an apostle, I said that I had gotten a strong impression.

“This is going to sound a little strange,” I told Tyde. “But you’re supposed to help me find my wife.”

Tyde and I joked around about a lot of things. But he knew instantly that I wasn’t joking about this. I was looking for some guidance from him—some inspiration—that would help me find my soul mate. He asked if he could have the night to pray about it.

The next morning he called me back and said he’d been up most of the night, and he’d spent a lot of that time on his knees before finally nodding off. When he awoke, he said, he had an unmistakable impression that he knew who I was supposed to marry.

“Her name is Barbara Graham,” he told me. “She’s a model from Scottsdale. She goes by Barb.”

I’d never heard of her, and I had no interest in dating a model. So this conversation was going nowhere as far as I was concerned.

He proceeded to explain that 10 years earlier—in 1989—he had tried to convince Barb to go on a blind date with me. She told him forget it. She had zero interest in dating a professional athlete because of all of the horrible things she had heard about them, especially with respect to the way they mistreated women.

But Tanner was certain that Graham, though not a Mormon, was perfect for his friend. After Tanner harassed her every day for a month, Graham finally agreed to a date with Young on January 21, 1999, if only to appease her persistent friend. Young got cold feet at the last minute and almost canceled, but he flew to Arizona to meet her, as promised, and was immediately enamored. Rather than return to San Francisco the next day, he remained in Phoenix to spend more time with Graham.

She wasn’t just a gorgeous woman. She was independent and had a strong work ethic. She also had serious views about religion, politics, and a wide range of social issues. There was so much to talk about. But the one thing I really liked was that she knew very little about football. She never watched it. In other words, it meant nothing to her that I was a famous player. She was much more interested in what I thought about the world.

At Tyde’s invitation, Barb started meeting with the Mormon missionaries at Tyde’s home. I sat in on these sessions, but I didn’t say much. The last thing I wanted was to pressure her to change churches for me. It had to be her decision. In a private service attended by our friends and family, I baptized Barb into the Mormon faith in Arizona in April 1999.

Barb and I got married in Kona, Hawaii, on March 14, 2000. It was the first marriage ceremony in the newly opened LDS Kona Temple. The wedding was as joyful as I had hoped.

Better Than the NFL

Young’s marriage to Graham triggered a new phase in his life—that of husband and father. The 1999 season would turn out to be Young’s last. After suffering two concussions within the first three weeks of the season, and the seventh of his professional career, he was forced to retire at the end of the year. Young retired with the highest passer rating in franchise history and was inducted into the Pro Football Hall of Fame in 2005. 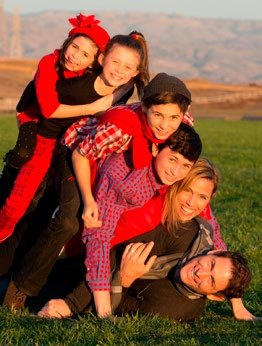 These days my life is pretty sublime. I spend a lot of time in my minivan, carpooling kids to school and activities. I love coming home from work and throwing balls in the backyard with my kids. I’ve also discovered I’m a pretty good cook. Each week I teach Sunday School at my local congregation.

At this stage of my life, I’m most grateful for two things: my family and my faith. The way I met Barb has a storybook quality. We’ve gone on to raise the kind of family I always dreamed of having. But my life before retirement was filled with moments where things didn’t go so well or turn out the way I had planned. Looking back, I’m grateful for those experiences. They were defining moments that made me a better person. I’m also grateful to the individuals and families who came into my life at critical times, all of whom spent years at my side. I’m also grateful for the angels who still remind me what’s most important in life.

Playing in the NFL was a great life. But the life I have today is even better.

Adapted from QB: My Life Behind the Spiral, by Steve Young, with Jeff Benedict. 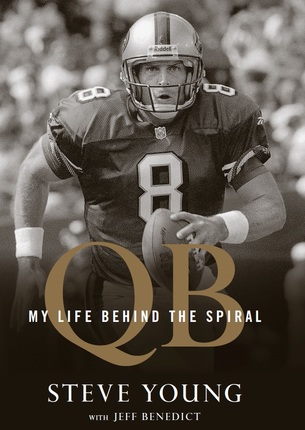 Save over 50% on Young's faith-filled autobiography, QB: My Life Behind the Spiral.

Steve Young produced some of the most memorable moments in NFL history. But some of Young's most impressive victories were personal ones that were won off the field when no one was watching. QB is a remarkably revealing memoir of an athletically gifted Mormon boy with a 4.0 GPA, a photographic memory, and a severe case of childhood separation anxiety. At the same time, Young was absolutely fearless—and unstoppable—whenever he had a ball in his hands.