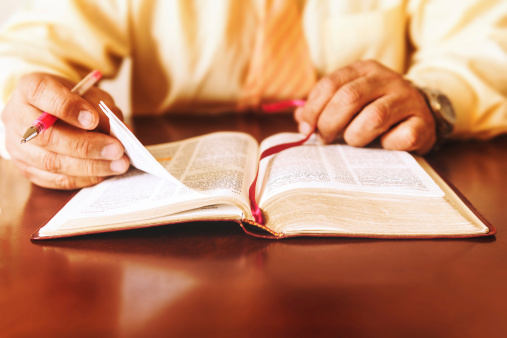 For most of the thirty-nine years Samuel King [president of the Sudoeste District of the Uruguay-Paraguay Mission] spent as an administrator of a large meat-packing plant [in Montevideo, Uruguay], he was a staunch member of the Church of England. . . .

His first introduction to The Church of Jesus Christ of Latter-day Saints was on a bus carrying him and his wife and two children back to their home in Fray Bentos from Montevideo.

“When we reached the city of Rosario, a group of young men got on the bus and I noticed by their English that they were Americans. I eventually discovered they were player-missionaries of the Mormon Church, representing the Deseret basketball team.

“During the course of our journey, we exchanged names and conversation, and I extended to them an invitation to visit us when they reached Fray Bentos, which they did. At this time, I was quite unaware that there were missionaries of the Mormon Church residing in Fray Bentos. I invited them to continue to visit us whenever they cared to, but on the condition that they would not try to convert my family, as I was not interested, and was a staunch member of the Church of England,” he said.

The elders and their successors continued to call on the King family for four years after the first meeting.

Finally, Mrs. King asked her husband: “Why don’t you let the boys tell you about their church? It can do you no harm, since you are so staunch in your own church.”

President King explained, “I let them go ahead, and it was interesting to hear their views. That first night, I had the first discussion. I became more and more interested and at the end of four weeks, they gave me the story of Joseph Smith to read. At that time, I just could not bring myself to believe that Joseph Smith saw our Heavenly Father and the Lord Jesus Christ, or that he translated the Book of Mormon from gold plates given him by the angel Moroni.

“No matter how I tried, I just could not accept this; however, I did keep my promise to the elders and continued to read the Book of Mormon.

“I want to emphasize, however, that I had never read one word of the Doctrine and Covenants or the Pearl of Great Price. At this stage in my study, I came to the turning point of my life with a happening that was to convert me to the Church.

“It was on the night of October 19, 1966, that I had a dream. I want to emphasize again, that I had not read one word of the Doctrine and Covenants, and was ignorant of what it was all about.

“In my dream, I saw the book of the Doctrine and Covenants open at section 39 and although I could read no words, I did see clearly the numbers 10 and 13. During the course of my dream, I reached out with my hand and closed the book five times, and on each occasion it opened again. On the sixth attempt to close it, it was not possible, as all physical strength seemed to have left me.

“With this I awoke with a start and found I was perspiring profusely—as if just having done some excessive exercise. I put on my beside light, which awoke my wife. She asked me what was wrong, and I told her of my dream, at the same time looking for section 39 in the Doctrine and Covenants,” he explained.

“But, behold, the days of thy deliverance are come, if thou wilt hearken to my voice, which saith unto thee: Arise and be baptized, and wash away your sins, calling on my name, and you shall receive my Spirit, and a blessing so great as you never have known. . . .

“Thou art called to labor in my vineyard, and to build up my church, and to bring forth Zion, that it may rejoice upon the hills and flourish.”

He said that after reading the two verses, he realized that all his doubts had vanished, and that he should be baptized.

“I knew that what the missionaries had told me and the Joseph Smith story were true, and that the Book of Mormon was truly translated by the power of God.

“When the elders made their customary visit the next evening, I told them I was ready for baptism. They were skeptical until I told them of my dream.

“When I asked my wife how she felt about the Church, she smiled and said, ‘I have believed it to be the true Church for some time, but have been waiting for you.’”

President King was baptized in the Uruguay River, October 22, 1966.