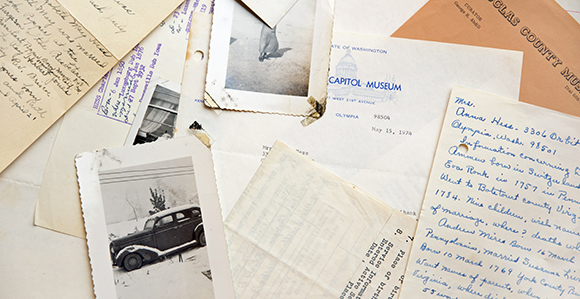 A miracle in a graveyard led to the discovery of a new name, that of a child who became sealed to her parents as a result of these incredible events.

On the afternoon of May 13, 1967, Florence Pink of Schenectady, New York, traveled south with her husband and sister to visit her nephew in Fort Montgomery, Highland Falls, New York. The nephew's wife told them there was an old cemetery in their backyard and invited them to go see it. Taking pencil and paper, they went to explore.

The following excerpt is taken from the letter she later sent in June of 1969 to the Genealogical Society:

“We did copy what we could see on the stones, which were very old. [On] this one stone all we could make out was the name Frances, nothing more. The stone was blank. We did try everything to bring out the writing. We tried wet leaves, chalk, to no avail. My niece suggested we give up for the time being as she had to make supper.

“Many hours later, three of us went back. My sister Lola reached the cemetery first and we could hardly believe what we saw."