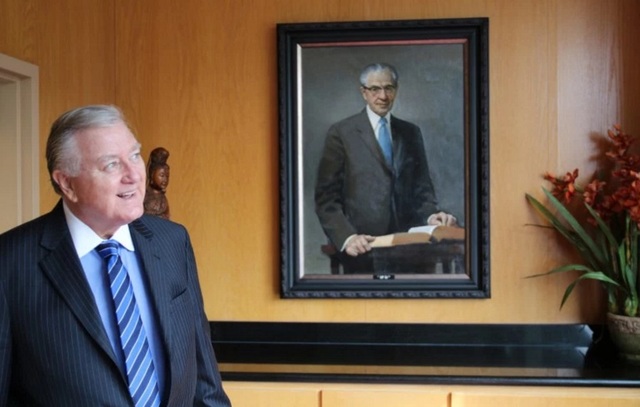 How a Senator from South Dakota Became a Mormon Convert

Many small tender mercies, from the Latter-day Saints he worked with in the Senate to apostles he met while traveling abroad, led to the conversion of former U.S. Senator Larry Pressler.

It’s been a year since former Republican senator Larry Pressler was baptized as a member of The Church of Jesus Christ of Latter-day Saints.

Looking back at the one-year anniversary of his baptism in the LDS Church, Pressler’s entire life has been that of a Mormon in the making.

“Throughout my life, there’s been these little voices, but I didn’t listen,” Pressler said.