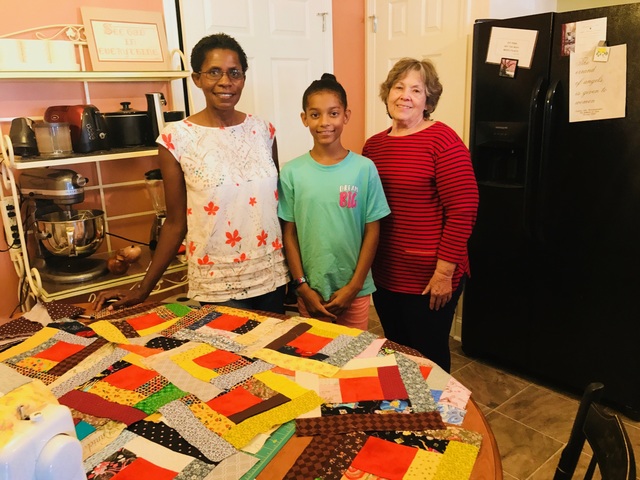 In many ways, Kiconco Bassler seems like a typical seventh grader. She likes art, particularly chalk pastels, enjoys running the 100 meters and hurdles in track, and is a nimble gymnast. But Chi Chi, as her friends call her, is anything but typical. Last year she raised $3,000 to build a home for a family in Uganda.

Chi Chi’s quest had its beginnings one Sunday in May when her mother, Kate Bassler, was sharing family news over the internet with her brother who is a tour guide at the Queen Elizabeth National Park in Uganda. That day her brother, Jerald Tibyeitu, had sent Kate some pictures of a family and their home located just outside the park renowned for its wildlife and volcanic features. “Uganda is like the pearl of Africa,” says Kate. “It’s so beautiful, but very rough to live there.” The photos featured a widowed grandmother with her two orphaned granddaughters outside their grass hut. They showed the family vegetable garden, the source of most of their food, and the open fire area where they cooked their meals when it’s not raining. It rains a lot in Uganda—usually five months out of the year. 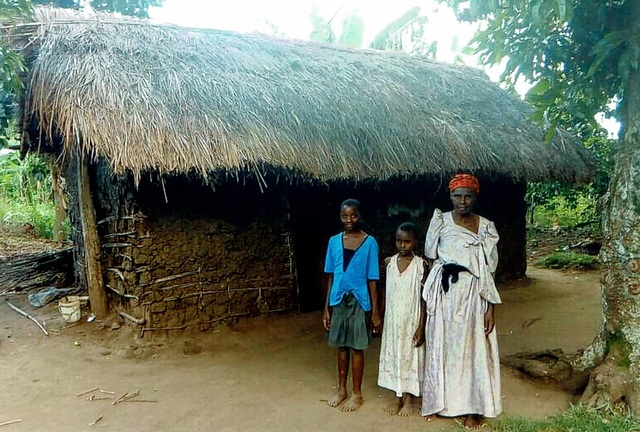 When Chi Chi saw the pictures of the girls and their grandmother she said: “I felt like they needed help. I wanted to give them some of my clothes and things I didn’t need.” That was when she and her mother started to brainstorm. What could Chi Chi do that would be the most helpful to this family? They decided building a house for them would be the very best thing. After talking back and forth with her uncle in Uganda, they determined it would take $3,000 for the project. Her uncle knew a builder who lived near the park who wouldn’t charge for his part in the project. 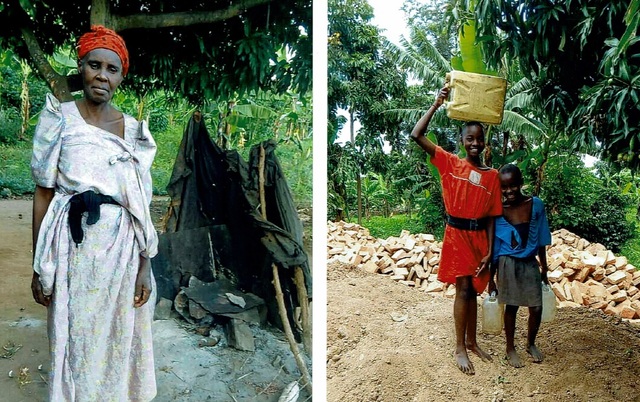 Once Chi Chi had a goal and realized it required her raising $3,000, she said she started to panic. Then she told herself: “I’m going to go ahead because my dad won’t let me fail.”

A group of Chi Chi’s favorite teachers at Woodland Middle School in Cartersville, Georgia, were the first to donate to her project—Vicki Hailey, Anita Webb, Jan Johnston, and Cindy Schwartz. These teachers gave her the encouragement she needed to move forward with her plans.

When school was out for the summer, Chi Chi started in earnest. Her first job was packing and moving boxes for a lady from her church, the Etowah Valley Ward of The Church of Jesus Christ of Latter-day Saints. She earned $40. Then her mother helped her make a flyer with the theme “Have I Done Any Good in the World?” and she distributed it to teachers at school, friends, and neighbors. She garnered another $100. She looked for jobs she could do and be paid for. She dog watched, shucked corn, washed a dirty porch with friends, cleared poison ivy from a lady’s yard with other friends from church and her mother, painted fingernails, babysat, and more. She also baked cookies and banana bread to sell.

Kate created a Facebook page for the project. A stranger from Chicago saw the post and told her grandson about it who donated the money he earned mowing grass to Chi Chi’s project.

The first $1,000 came slowly. The decision was made in August to start work on the house even though Chi Chi was only a third of the way to her goal. She knew that with her faith and determination she’d reach the goal, but work needed to begin before the rainy season set in again in Uganda. 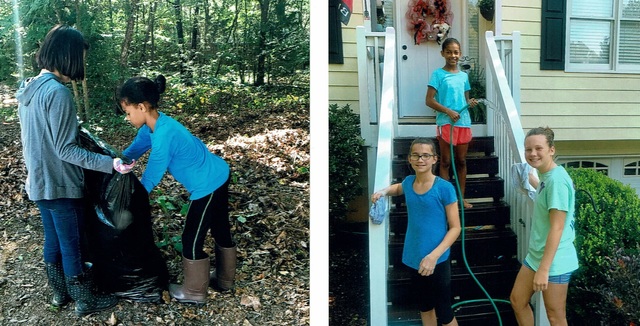 When people saw progress was being made, things began to take off. Susan Wyman in Chi Chi’s ward volunteered to make a quilt with donations of fabric in African colors that sold for $300. A Go Fund Me page brought in some money.  The United Methodist Church in Cartersville made generous donations after hearing about the project from her art teacher, Jan Johnston, as did a Baptist Church in North Carolina whose members were touched by Chi Chi’s determination to help this impoverished family.

“It’s hard for us in America to know what it’s like for this family,” says Kate, who grew up in Uganda. “They have no beds, no furniture, only mud floors in their grass houses. There is no electricity. The water used to drink, cook, and bathe with has to be carried from a well a mile away. The children walk to school barefooted two to three miles each way in the mud and rain. They get no help from the government. Only those who have money can go to the hospital or get health care if they are sick.”

When Chi Chi was born her father, Lee Bassler, told his wife he would like their daughter to have a Ugandan name. They settled on Kiconco. In Ugandan it means the gift. Truly Kiconco Bassler has lived up to her name!

When her gift—the house—was finished, the builder told Chi Chi’s uncle that the grandmother fell on her knees and started to cry. She had been praying that something good would happen to her family. She said she didn’t know that God knew she existed. Initially, she didn’t believe that they were actually going to have a house built for them until the workers came with their tools and materials. 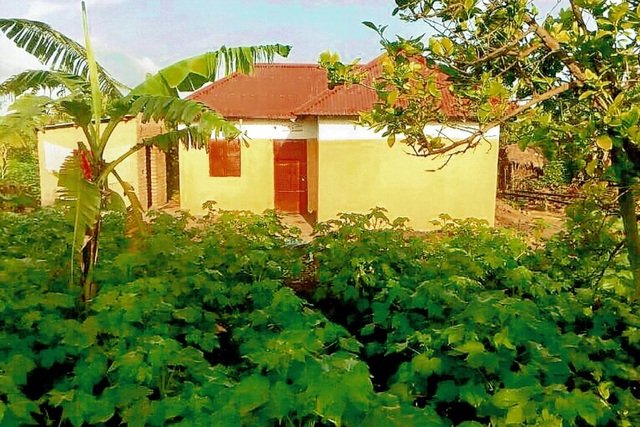 In her quiet, soft-spoken voice, Chi Chi says: “Anything is possible if you can work for it. I worked for it and it happened.”

The widow’s family still lives in a dream. While the elephants from the park may escape every once in a while, to trample the beans in their garden and knock down trees, they have a brick and stucco house with shutters to keep the rain out and a cement floor. It’s painted yellow on the inside. A few feet away is a separate cookhouse where they can cook even when it’s raining. There is even a clothesline off of the cookhouse for drying their clothes. The family has some new clothes because more money was donated just as the house was being finished. They now have beds with frames, blankets, a kitchen table, and plastic chairs.

There is not another house like it in the village of Kasese or for 50 miles around. It’s truly Kiconco’s gift!

Photos courtesy of the Bassler family