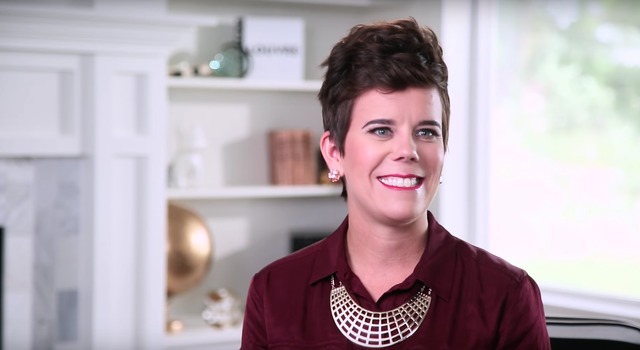 The following story was republished with permission from millo.co.

Courtney Brown has always been a hard worker.

At her very first job, she worked at little girls’ birthday parties where she learned from her boss, a female entrepreneur, that anything was possible with determination and hard work.

Learn more about how Courtney went from being a stay-at-home mom to owning a multi-million dollar business in the podcast below:

But Courtney soon found herself on a fast-track to marriage and motherhood, which meant her plans of going to law school were quickly dimmed.

After several years of miscarriages, Courtney and her husband finally adopted their first child and she had visions of being the perfect “Pinterest Mom.”

But, having worked for so may years while trying to have children of her own, Courtney noticed a void when she started working solely as a stay-at-home mom.

So she started looking for more career fulfillment.

All this was happening during the early days of “mommy blogging”—so early, in fact, that no one was monetizing blogging very well yet.

Courtney thought to herself: “If I’m going to do this, I want to make some money.”

That’s when her fast fashion business, Cents of Style, was born.

Courtney was always the person her friends and family came to for fashion advice, so she took that as a fair market test and started doing direct sales on inexpensive but beautiful fashion accessories (think jewelry, shoes, scarves, etc.).

And that’s when she realized she had a huge problem: her business wasn’t scalable.

After a miraculous pivot in 2012, Courtney began to make incredible strides. And after just a few years, Cents of Style was a multi-million dollar company employing dozens of stay-at-home moms and growing fast.

Learn more about Courtney's story in the podcast below:

Read the rest of this story at millo.co