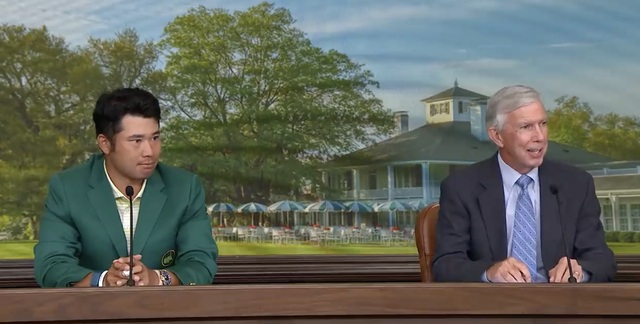 When speaking to the media following his Masters victory on Sunday, Hideki Matsuyama, a native of Japan, relied on longtime friend and manager Bob Turner for help in communicating his feelings. Questions were asked by the media and interpreted by Turner to Matsuyama. Matsuyama’s answers were then relayed back to the media through Turner.

And while some wondered where an American man like Turner learned Japanese, to Latter-day Saints the answer seemed fairly obvious: Turner served a mission in the Japan East Mission 49 years ago.

► You may also like: Pro Golfer Tony Finau Talks Faith, Family, and the Ankle Incident That Almost Kept Him from the 2018 Ryder Cup

“I struggled learning Japanese, along with the other missionaries at the LTM (Language Training Mission) at the Church College of Hawaii. And I’m still working at it some 40 years later,” Turner told Church News.

Upon returning home from his mission, Turner married his wife, Hiroko, a native of Japan, and together they raised their two children, Allen and Mika, who are both bilingual. Allen has also worked in sports as an English-language interpreter and handler for the Seattle Mariners’ Ichiro Suzuki.

Read more about Turner and his experience with Matsuyama and the Masters at Church News.

GolfGolf,
Comments and feedback can be sent to feedback@ldsliving.com