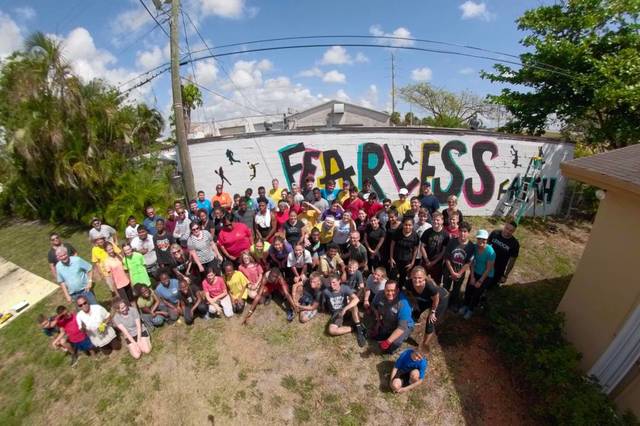 "What we’ve tried to do as a family and what the stake youth are trying to show us are that the real ways to solve these problems are to reach out beyond your immediate circle of friends to people who may not be like you, may not believe exactly what you believe, may not look like you, and to serve them as our Savior would have us do," said Ryan Petty, the father of Alaina Petty, a 14-year-old killed in the Parkland shooting. "That's really the solution here."

Danielle Koon had a decision to make.

Texts from her daughter hours earlier revealed the horror taking place: “I can hear shots. I can hear people screaming. I think they’re coming closer mom.”

Sixteen-year-old Brooklyn was trapped in a room at Stoneman Douglas High School with her classmates. As the world now knows, a gunman opened fire, fatally shooting 14 students and three staff members and wounding others in the Valentine’s Day school shooting.

A text tree with members of her stake, including the parents of 14-year-old Alaina Petty who would later learn their daughter had been killed in the shooting, served as their source for information as news traveled fastest through word-of-mouth.

Koon received word that Brooklyn was safe and had been taken to safety at the nearby Marriott. But two and a half hours had passed and Maddy and Alaina were still missing.