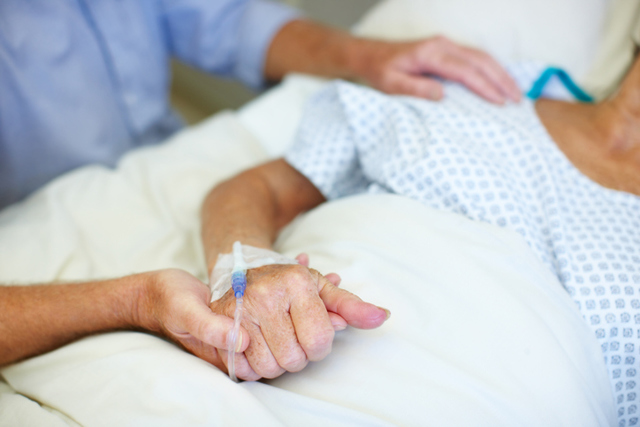 The following is an excerpt from Elder John H. Groberg’s book Fire of Faith, which details his experiences as he served as a mission president and later as a general authority.

On one of my trips to the islands I was asked to attend some meetings Friday evening and Saturday morning in California, then fly to Hawaii for meetings Saturday afternoon and Sunday. We started our Friday evening meeting with many important items to discuss. Meetings of that nature usually take longer than planned. That night, however, everyone concerned seemed to be in unusual agreement and the items were ticked off quickly. I have seldom felt a better spirit of cooperation and desire to be helpful on the part of so many.

As we neared the end of the rather imposing agenda, I had the impression that rather than meeting again in the morning we should stay a little longer and finish the next morning’s agenda as well. When I proposed that we do so, everyone agreed. We then covered the additional items thoroughly but rapidly.

As I offered my prayers that evening and thanked God for His help, I felt that something important would come from this unexpected change of plans. I knew His Spirit was guiding me, but at the time I didn’t see just where.

For some reason I didn’t sleep well. I couldn’t figure out why, as things had gone so well. I tossed and turned and at times seemed almost to be in physical pain. Finally I got up at 5:30 A.M. and began to review the agreements made the previous night. I wondered if I had left something out or if I should not have canceled that morning’s meeting. (My plane was not scheduled to leave for Honolulu until noon.) As I prayed for direction I had a feeling that I should call the airline and try to get an earlier flight to Hawaii.

I immediately called and learned that a flight was leaving in 45 minutes. I reserved a seat and threw my things together. As I ran down to check out, I thought: “This is silly. If I miss the plane I’ll just have to sit at the airport for several hours, and if I make the plane I’ll just have to sit in the Honolulu airport for several hours, as there is no way to inform those who are to meet me that I am coming early.”

Since I had already packed and ordered a taxi, however, I felt I should try. The taxi was waiting, so off we “flew” (almost literally) to the airport. I ran the whole way to the gate and arrived just as they closed the door. It took a moment of anxious explanation, but they finally opened the door and let me on.

As I took my seat I thought: “Well, at least I can sleep on the plane.” I was really tired now; nevertheless I still could not sleep. I felt uncomfortable the whole way. Occasionally I thought I heard someone calling or pleading, but I couldn’t quite make it out. Eventually I arrived in Honolulu more tired than ever. I took my suitcase and sat down outside the airport thinking I would have a long wait.

Suddenly I heard someone calling my name. I looked up and saw one of my former missionaries, who was now a student at BYU- Hawaii, calling me from his car. “President Groberg,” he said. “Have you heard about Sione Vea?” (Sione Vea had been one of my counselors in the district presidency in Ha’apai when I was a young missionary.)

“He just arrived from Tonga and is very ill. He is in the Queen’s Hospital, and I was on my way to visit him when I had a feeling to drive by the airport. I saw you sitting there and wondered if you would like to come with me to visit him? Of course, if you have other plans I’ll just go on my own.”

“I’d love to go,” I replied. “My meetings aren’t until this afternoon.”

We drove directly to the hospital. When we got to Brother Vea’s room the nurse told us that he was in critical condition and the doctor had said he was to have no visitors except immediate family. I explained that I was a church leader and in our faith I was his brother and I had come several thousand miles at his request to see him. As I said that I knew I was telling the truth, for I realized he was the one who had been calling. I could now understand in my mind his plea: “Please come, please come.” The nurse looked askance at my white skin, but my Tongan companion assured her I was telling the truth, so she finally let us in.

Poor Sione Vea lay on his bed groaning in pain, his eyes squeezed tightly closed and his fists clenched in agony. His body was a very sickly yellow color. I approached his bed, put one hand on his forehead and the other on his hands and said, “Sione, I have come as you requested.”

He opened his eyes, looked at me, smiled, and said: “Thanks for coming. I have not been feeling well for quite a while. Finally I came to Hawaii to visit my son, and they put me in the hospital. I don’t know anyone here but my son. During this last day or two when I have been in such great pain I felt that you were somewhere near, so I prayed with all my might to Heavenly Father to have you come and visit me and give me a blessing. All last night I exerted my faith and asked that God arrange things so you could come. Thanks for coming. I hope you don’t mind. Could you give me a blessing?”

His eyes were so yellow and his face so gaunt that I could hardly recognize him. His voice was sweet and gentle, however, and his smile engaging. I felt calm, as one does when visiting with an old and trusted friend.

I told him I would be happy to give him a blessing. My companion anointed him and I sealed the anointing. I was sure God had a great blessing for him. I started to give him a blessing. But rather than giving the blessing I felt he deserved, I felt impressed to speak of days past and of boat rides together, over rough as well as smooth seas. I recounted times when he left his part-time evening job of selling roasted peanuts and came with me on various emergencies. I recalled our planting coconut trees in his yard. For a while it seemed that we were not in a sterile hospital room in Honolulu but walking dusty dirt roads and sailing elusive sea roads in far off Ha’apai. I felt his tense body relax. I found myself remembering things and saying things I had not thought of for years.

The words that came were more like a conversation between friends about times past than a blessing for current needs. I talked of the love and support of his wife and family. I talked about his faithfulness and his willingness to do whatever he was asked to do, whenever he was asked to do it. “Now,” I said, “because of these qualities, you are being given a special assignment.” A more detailed and very personal explanation followed.

As I finished, he seemed totally relaxed, almost as though the pain was gone (though I doubt it was). He took my hands in his, looked at me with an angelic smile, and said: “Thanks for coming. I really wanted to continue my life here and hoped that would be my blessing. More than anything, however, I wanted to know what God desired of me. Now I know. I am at peace. Totally at peace. Thanks for recalling our past times together. It has made me feel good. I feel this has prepared me for what is to come. Those were some of the greatest times of my life. Thanks for trusting me and thanks for asking me to do things that at the time seemed hard. Those are real blessings, you know, especially now. Thanks for hearing my pleas and coming. I hope it wasn’t too much trouble. Good-bye.”

As I held Sione’s hand and saw the glow of faith radiating from his eyes, it seemed as though I was sailing with him—sailing through Ha’apai, sailing to Hawaii, maybe even sailing through eternity. I sensed that these were voyages of faith more than of miles. I squeezed his hand and felt an even stronger sensation of sailing effortlessly over space and time, of being guided by a loving God. Our eyes met. He smiled, and I felt the peace he felt. With deep assurance I said: “Folau a, Sione. ‘Ofa pe ke monu’ia ho folau. Ta toki fe’ilo’aki ’o toe folau ‘o a’u ki he ta’engata. Folau a.” (“Sail on, Sione. Have a blessed voyage. We’ll meet again and sail through all eternity. Sail on.”) He closed his eyes and we left.

I went to my meeting, but before we started I called Sione’s wife. Through her tears she told me that Sione had just passed away. I told her that he had begun another voyage with God and he was at peace. She believed me and was comforted. . . . In a way I was amazed at the power of love, faith, and prayer in moving people and events in such a way that important needs were met. Yet in another way it all seemed very natural. . . .

When we understand the true power of love and faith and prayer, we will be amazed that we weren’t more aware of them and didn’t use them in better ways. They contain powers that cut through the apparent limitations of time and space and allow good to be accomplished and blessings to be given as needed. The several small margins of time or space that could have prevented me from being there when needed had little to do with time and space, but everything to do with prayer and love and faith. There are many Sione Veas calling, “Please come, please come.” I hope their call will not be too soft, nor our ears too dull. I was glad Sione’s cry for help came through as it did.

Learn about other powerful experiences from Elder Groberg's life in the acclaimed movie The Other Side of Heaven 2: Fire of Faith, or read about his faith-promoting experiences in Fire of Faith.