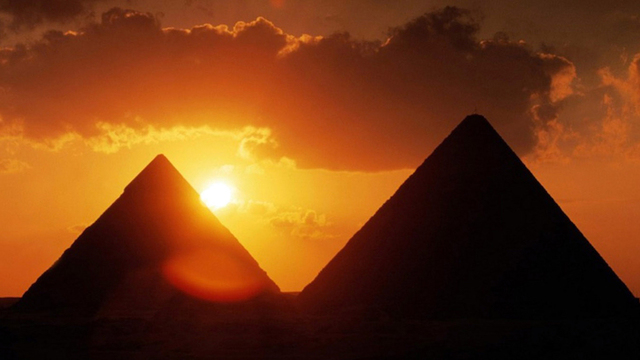 The following has been republished with permission from pearlofgreatpricecentral.org.

One of the astronomical terms defined in the Book of Abraham is Shinehah, which is said to be the sun (Abraham 3:13). Earlier in the Book of Abraham the “god of Shagreel” is identified as the sun as well (Abraham 1:9). The context of these passages suggests that Shagreel is a Chaldean (Northwest Semitic) name or word while Shinehah is an Egyptian name or word, although this is not explicit from the text.1 We do not know how Joseph Smith intended this word to be pronounced; whether, for instance, shine-hah or shi-ney-hah or some other way.2 However it is pronounced, contrary to the claim made by some of Joseph Smith’s skeptics,3 there is evidence that Shinehah is an authentic ancient Egyptian word.

Beginning around 2350 BC, “the walls of the inner chambers and corridors of ancient Egyptian pyramids were inscribed with a series of ritual and magical spells” known today as the Pyramid Texts. “These inscriptions constitute the oldest body of Egyptian religious writings,” and were later copied “on tombs, sarcophagi, coffins, canopic chests, papyri, stelae, and other funerary monuments of nonroyal Egyptians.”4 Discovered in 1880 and translated into English for the first time in 1952,5 the purpose of the Pyramid Texts was to outline the “deceased’s relationship to two gods, Osiris and the Sun,” and guide them through the afterlife as a glorified spirit.6

Among other things, the Pyramid Texts provided astronomical or cosmological information meant to help guide the deceased on this afterlife journey.7 “Since it was predicated on the Sun’s daily cycle of death and rebirth, the deceased’s own afterlife was envisioned as a journey in company with the Sun.” The path of the sun through the sky from east to west, known as the ecliptic, was envisioned in the Pyramid Texts as a celestial canal or waterway that bisected the sky into northern and southern hemispheres.8 Indeed, this canal or waterway was probably seen as “the celestial counterpart of the Nile.”9 Inscriptions from the Pyramid Texts overtly speak of the sun (or the solar barque) traveling along this celestial waterway.10

There are two names given for this celestial canal or waterway (the sun’s ecliptic) in the Pyramid Texts. The more common spelling is mr-n-ḫꜣ and is translated by Egyptologist James Allen as “Winding Canal.”11 A less common but still attested second name for this same “Winding Canal” in the Pyramid Texts is spelled in a way that by Abraham’s time would have probably been pronounced similar to shi-ne-hah (š[ỉ]-n-ḫꜣ).12 Although they alternate in the Pyramid Texts, the different spellings of the name would have likely been seen as being synonymous,13 and so Egyptologists today typically standardize the spelling to read all attestations of the name the more common way (mr-n-ḫꜣ ).14 Despite this, the name survived into Abraham’s day in texts known today as the Coffin Texts (which were, in part, something of a “direct descendant” of the Pyramid Texts) predominantly as š(ỉ)-n-ḫꜣ.15

From this evidence it is clear that both š(ỉ)-n-ḫꜣ and mr-n-ḫꜣ are attested as names for the sun’s ecliptic. The latter is more common in the Old Kingdom (circa 2686–2181 BC) but the former is more common in the Middle Kingdom (circa 2040-1782 BC) and thus Abraham’s day. The spelling of the name as attested in the Coffin Texts from Abraham’s day matches the spelling of Shinehah in the Book of Abraham fairly closely. What’s more, the context in the Book of Abraham is significant since Shinehah (the sun) is oriented in a tiered cosmos of graded celestial bodies (the moon, stars, etc.) rotating around the earth at faster or slower revolutions depending on their relative distance to the earth (Abraham 3:4–9, 16–17).16 In other words, the Book of Abraham appears to conceive of the position of the sun in the cosmos in a way similar to how it is conceived in ancient Egyptian texts: as a heavenly body traversing the sky from the relative vantage point of the earth below.

So while the Egyptian word for the sun itself is not the same as in the Book of Abraham,17 one of the Egyptian words for the sun’s ecliptic (the path of the sun through the sky) as attested in Abraham’s day is. This in addition to the cosmic orientation of Shinehah or the sun in the Book of Abraham that parallels ancient Egyptian views reinforces belief that the text is authentically ancient.18

Read the rest of this story at www.pearlofgreatpricecentral.org
1-3