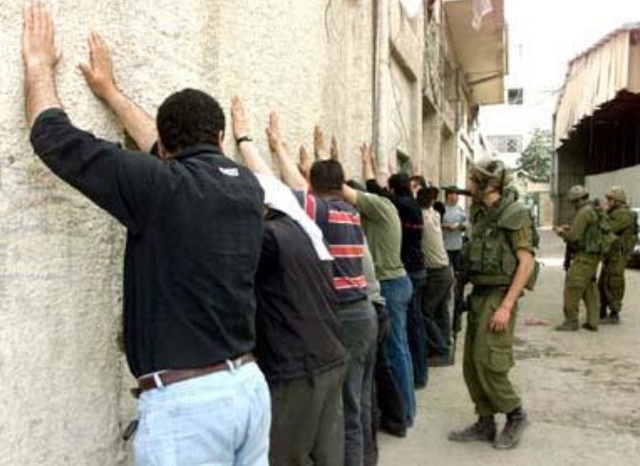 Loving as the Savior Loves

I determined to ask Heavenly Father for help. I knelt down and prayed. I must say that I was disappointed because I expected a miraculous change in my heart and my feelings right away. That did not happen. I continued to fast and pray, being confident that one day my prayer would be answered.

My heart was so hard that it took months for Heavenly Father to mold it and soften it. Almost a year after that event, I was heading to church on a normal Sabbath. I was prepared to be turned back, as the Bethlehem checkpoint had gotten even harder to cross. I still waited and hoped, just as I had almost a year earlier. The soldier at the checkpoint was not allowing anyone in that day. He demanded that everyone leave and said no one could enter. I looked at the fathers who were eager to go to Jerusalem to work in order to obtain food for their families, at the children who were in school attire with their backpacks on, and at the many others who were carrying medical records and x-rays. My heart broke for them because, for me, it was only church that I would be missing.

► You'll also like: How a Muslim's Prayer Helped a Mormon Get Past Israeli Soldiers to Attend Church 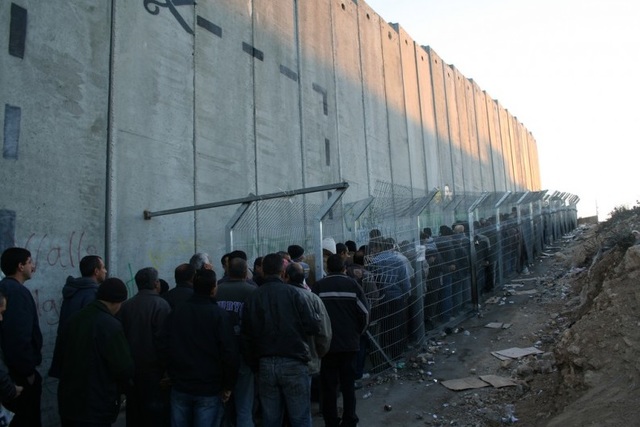 A line at an Israeli checkpoint

“Everyone, go home,” I heard the soldier repeat. At this same place, just a year earlier, I had heard the Savior’s inviting commandment to love my enemies. Now, as I looked up at the soldier’s face, I expected to find the same hate and anger that I had found last year. This time, however, my heart seemed different. As I looked into the soldier’s eyes, my heart filled with love instead of hate. These feelings of love shocked me.

I had been unaware of the gradual change in my feelings, and I still questioned my ability to love these soldiers. But as I looked at that solider that day, I saw a brother of mine—a brother not only because Palestinians and Israelis are literally related by blood but also because in front of me stood a son of God, beloved of Him. I could feel Heavenly Father’s love for that soldier. In my mind, I was able to isolate every bad thing I had seen the soldiers do. I still hated those acts, but my hate for the soldiers themselves was gone. I was finally able to love my enemies! Like Jesus forgave the Roman soldiers who nailed Him to a cross, I could love those soldiers who hurt my people. This feeling of charity and forgiveness did not come from me. These feelings were given to me because of my faith in the Atonement of Jesus Christ and because I trusted in Him and asked for His help. It was the Savior that filled my heart with His love.

Corrie Ten Boom, a Christian who hid Jews from the Nazis and survived their concentration camp, wrote of her encounter with one of the guards: “I discovered that it is not on our forgiveness any more than on our goodness that the world’s healing hinges, but on His. When He tells us to love our enemies, He gives, along with the command, the love itself” (The Hiding Place, by Corrie ten Boom, John Sherrill, and Elizabeth Sherrill [Bantam edition, 1974], 238. . . .

I testify that charity is essential for our spiritual well-being. It is essential not only because it is a commandment from God to love others but also because letting go of anger and hate is liberating. One day, my friends and I waited in line for a very long time to cross the Qalandia checkpoint. We waited in multiple lines for an hour or so each, and each time, when it was our turn, the soldier at the gate would say, “This path is closed. Go to a different line.” After this happened two or three times, one of my friends got very upset. Later she asked me, “How can you deal with this injustice and not get angry?” I told her that if I let myself get angry each time something like this happened, I would be angry all my life. As I have learned to love my enemies, I have also realized that at some point in your life, you have to learn to let go. Being angry and hateful toward others only hurts you. My faith and feelings of peace have intensified by learning to love and forgive as exemplified by our Savior Jesus Christ.

All images courtesy of Sahar Qumsiyeh 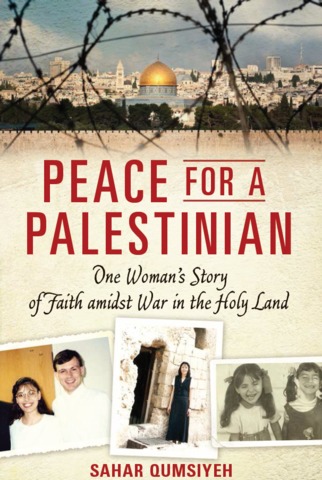