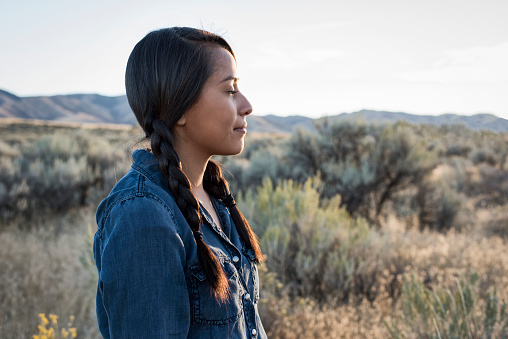 How the Savior Uses Comparisons to Make Us Better

The first time I stood before a judge was in my elementary school’s science fair. I spent hours cutting out tiny paper socks and used gallons of Elmer’s glue to present my fascinating findings on the most effective laundry soap.

I remember being nervous but excited to explain my project to the judges at the fair. Eleven-year-old me did her best to sound smart as I answered questions and tried to show the judges why my project deserved a spot in the next round of the competition.  Always beat out by someone’s baking soda volcano, however, my projects never moved on past the first round.

No matter who you are, we all have at least one presentation coming up. But this one won’t involve any trifolds or Elmer’s glue. And, most importantly, it won’t involve a comparison of your project to anyone else’s.

“In a coming day, you will present yourself before the Savior.”

That sounds like a presentation no amount of Elmer’s glue will prepare me for. But before we get too nervous, let’s step back and look at what that quote doesn’t say. It doesn’t say, “In a coming day, you will be lined up and compared to everyone else before the Savior.” Or, “In a coming day, you will be given five minutes to explain your life and why you deserve a spot in the top 20.”

►You'll also like: I’m Not a Typical Latter-day Saint and Why That’s Okay

Our Judge on that day won’t be looking for a nicely arranged trifold or eloquent answers to questions.  He will simply want to know who you are. Not what you accomplished, or earned, or look like, but who you became on earth. You will present yourself. I’ve always pictured that as a very submissive moment. We won’t be trying to defend ourselves, trying to show why we are better than the next guy. I see us looking up at the Savior and meekly saying, “Here I am.” There will be no more comparisons. No more first, second, or third place, but an evaluation of you relative only to you.

I recently read a BYU speech by JB Haws that made me realize how important it is to follow the Savior’s example when we are tempted to compare. First, Haws explains what John and Peter asked of the Savior in John 21: John asked to live forever to preach the gospel while Peter requests to quickly join the Savior in the kingdom of God. Haws then shares an insight that I had never considered. He says:

“This is my mental screenplay of the scriptural story. Peter approaches the Savior a bit hesitantly and quietly asks, ’What was John’s heartfelt wish?’ Peter learns that John desired to stay on the earth until the Second Coming to preach the gospel. I can see Peter keeping a forced smile and saying, ’Wow. That is wonderful.’ But in his mind he is really thinking, ‘Ahhh! I am so dumb! Why didn’t I ask for that? Why didn’t I even think of that? John is so much more righteous than I am! Not to mention he is a faster runner than I am! Why do I always have to be so impetuous and jump in first on everything?’

Why is it so hard to follow the Savior’s example in this? He may only compare you to old you, but it is far too easy, and destructive, to compare ourselves to everyone else.

►You'll also like: "God Needs the Best Version of You": What Running a Marathon Taught Me About Comparison

I think the Spirit was trying to teach me this the last time I read my patriarchal blessing. Like when I read President Nelson’s quote, I was more impressed by what it doesn’t say. It does not say, “You will become more charitable than the people around you.” Instead, it says things like, “You will increase your talents” or “You will grow in your faith.” Not once does Heavenly Father use a comparison to someone else as a way to teach me about my life on earth. His plan is to move me forward, not so that I can get ahead of someone else, but so that I get closer to Him.

But resolving not to compare is much easier said than done. We live in a world that loves and encourages competition in everything. But remembering these words from Elder Bednar may be a good start:

We should all go glue that onto a trifold.