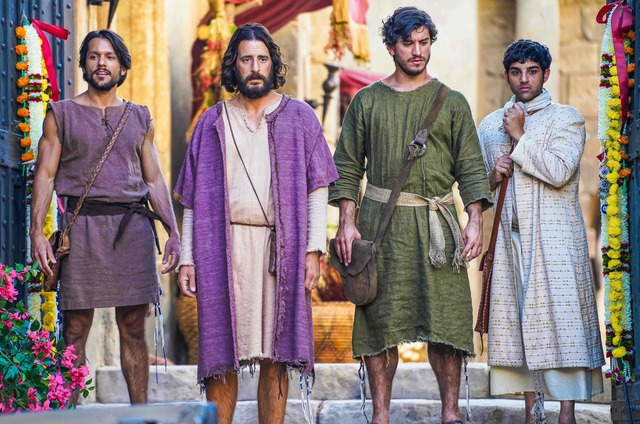 Dallas Jenkins, creator of the popular television series that tells the story of Christ’s ministry, knew filming in present-day Israel wasn’t practical. It wasn’t just the cost that deterred him from taking his cast and crew to the Holy Land.

“It’s a tourist place now, it’s actually hard to find authentic parts of Jerusalem or of Israel that could be like the first century,” Jenkins told the Washington Times.

Jenkins learned that The Church of Jesus Christ of Latter-day Saints had a first-century set recreation of the Holy Land that he calls “more authentic than almost anywhere I can find in Israel.”

There was only one problem—the set had never been used for anything outside of official Church productions. Still, he was able to get an audience with two of the members of the Quorum of the Twelve Apostles.

“I just shared my heart,” Jenkins told the Washington Times. “I [said], ‘Hey I’m not LDS, but I want to tell Jesus stories and make Jesus known around the world.’ … And they believed in the concept of what we were doing.”

► You may also like: The second season of ‘The Chosen’ will be filmed at the Church’s ancient Jerusalem set replica

The series’ second season opener was watched by 750,000 viewers. The set will be utilized again for the show’s third season.

Read more on the Washington Times.

Lead Image: Courtesy of The Chosen