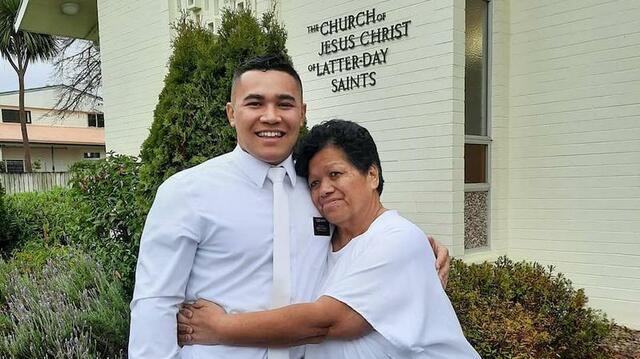 After receiving his call to the Philippines, Elder Morris spent 12 days in the Missionary Training Center in Provo, Utah, before he received an email telling him he would soon be returning home because of the pandemic.

“I was praying for months about the message the missionaries were sharing with me, and I wasn’t getting an answer,” he said in a new Pacific Area Church video. “The Spirit led me to a scripture in the Book of Mormon, and it told me that if I was to be saved, I had to come unto Jesus Christ. So that’s what I did,” he said.

After returning home, Elder Morris still wanted to do missionary work and taught with some of the missionaries in Auckland, New Zealand. While working with them, he had the opportunity to share the gospel with his family and friends—including his grandmother.

When Elder Morris received his temporary reassignment, he was worried that he might not be able to continue teaching his grandmother. But then he was assigned to the New Zealand Wellington Mission, where his grandmother lived. 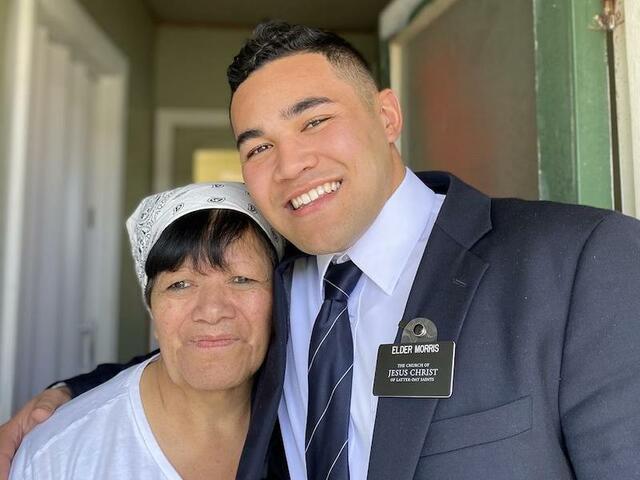 “I couldn’t believe it, that I could continue teaching my nan in person,” he said. “I was teaching her about the gospel before I was a missionary. The only difference now is I wear a badge. I’m so, so happy. So grateful.”

Elder Morris was able to baptize his grandmother and said that teaching her has motivated him as he has continued his missionary work with others.