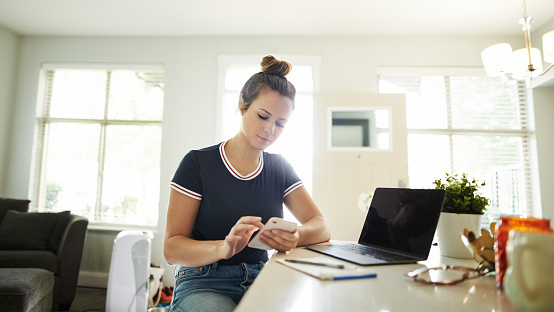 byAnthony Sweat, adapted from "Seekers Wanted: The Skills You Need for the Faith You Want" | Aug. 10, 2019

Have you ever heard something and wondered, “Is that Church doctrine?” For example, suppose you were in a Church class studying the passage where God teaches Moses there are “worlds without number . . . and by the Son I created them, which is mine Only Begotten” (Moses 1:33). Someone asks, “If Jesus created multiple worlds, did Jesus’s infinite Atonement redeem God’s children on other earths?” What would you say? Is that true? Is it a sanctioned Church teaching? How would you know?

Or, as another example, have you ever heard the teaching that Latter-day Saints are supposed to take the sacrament with their right hand?1 Is that correct? (All in favor, raise your right hand!)

► You'll also like: Why Members Are Told to Take the Sacrament with Their Right Hand and Whether or Not It Matters

Perhaps you are reading a volume of teachings from a past Church leader and you come across some statements that are very different from what the Church teaches now. If doctrine never changes, how do we handle that? Were past leaders wrong for teaching it, or are we wrong for altering the teaching? Maybe you have heard someone say something like, “I once heard that [fill in a General Authority’s name here] said that [fill in a reported teaching here], so that makes it doctrine.” Is that how doctrine is determined? If not, how do we view individual statements by General Authorities? How can we differentiate between an official position of the Church and an individual “opinion” of one of its leaders? How do we handle statements by General Authorities that seem to contradict one another, such as statements by Spencer W. Kimball2 and Joseph Fielding Smith3 saying there is no progression between kingdoms in the next life, but Brigham Young4 and J. Reuben Clark5 saying it is possible? Questions such as these and many others are important for seekers who desire to accurately learn, understand, and articulate Church teachings.

Expanding the Definition of “Doctrine”

The simplest definition of “doctrine” is “something that is taught” or “teaching, instruction.”7 Based on this premise, any endorsed Church teaching is a Church doctrine. Authorized teachings can come in various types, from the eternal, to the personal, to commandments, to policies, to explanatory teachings. The Church itself seems to suggest that there are different types of “doctrines” in its 2007 essay “Approaching Mormon Doctrine”: “Some doctrines are more important than others and might be considered core doctrines. For example, the precise location of the Garden of Eden is far less important than doctrine about Jesus Christ and His atoning sacrifice.”8 Modern prophets sometimes use adjectives before the word doctrine, such as “essential doctrine” or “fundamental doctrine,” inherently implying there are central doctrines but also doctrines of a different nature.9

Although some in the modern Church are accustomed to defining doctrine only as an “unchanging truth of the gospel,”12 this is a more recent historical movement. That definition of doctrine is, itself, a new doctrine. Defining Church doctrine only as eternal truths of the gospel is very helpful in some situations, but it can also unintentionally negate authoritative doctrines that have changed, such as the sacrament, baptisms for the dead, the Word of Wisdom, or the gathering to Missouri in Joseph Smith’s time. It can also omit how to categorize noneternal, explanatory Church teachings such as the Great Apostasy, the sealed portion of the Book of Mormon, the Urim and Thummim, miracles, the gathering of scattered Israel, Aaronic Priesthood, intelligences, the Second Comforter, Zion in Independence, or Christ’s Second Coming. Thus, it may be helpful to organize different types of doctrines in our seeking related to authorized Church teachings.

Let’s seek to understand each of these categories of Church teachings or doctrine.

Using the same phraseology of the Church’s 2007 statement on doctrine, there are teachings that could be termed “core doctrines” or “eternal doctrines.” In the words of Elder David A. Bednar, these are “gospel doctrines [that] are eternal, do not change, and pertain to the eternal progression and exaltation of Heavenly Father’s sons and daughters.”13 When we sometimes say the “doctrine” never changes, what is often meant is that the gospel never changes—meaning faith in Christ, repentance, baptism, receiving the Holy Ghost, and enduring in the covenant to the end (see 3 Nephi 27:13–21 and D&C 33:11–12). This unchanging gospel is sometimes referred to as “the doctrine of Christ” (see 2 Nephi 31:21, 33 Nephi 11:32–35; 33 Nephi 27:13–21, D&C 33:11–12). The doctrine of Christ, or His gospel, was taught as an unchanging doctrine of the Church early in the Restoration.14

Other eternal truths that do not change may include the nature of God, the eternal makeup of the Spirit, the universal Resurrection, and the work and the glory of God to bring to pass the immortality and eternal life of His children (see Moses 1:39).

The Church’s founding “Articles and Covenants,” found in Doctrine and Covenants 20, contain a succinct declaration of core, timeless doctrines, beginning in verse 17 with, “There is a God in heaven, who is infinite and eternal,” who “created man, male and female, after his own image” (v. 18) and “gave unto them commandments” (v. 19). However, by departing from His ways, humankind “became fallen” (v. 20). “Wherefore, the Almighty God gave his Only Begotten Son” (v. 21) so that through belief in the Savior’s divine sacrifice and through the covenant of baptism, mankind “should be saved” (v. 25). Those that “worship the Father in his name, and endure in faith on his name to the end” (v. 29) will receive both “justification” (v. 30) and “sanctification through the grace of our Lord and Savior Jesus Christ” (v. 31). Such truths are at the heart of what has been taught, is taught, and will yet be taught in all dispensations. Such plan-of-­salvation truths are what President Boyd K. Packer referred to when he said there are “doctrines” which “will remain fixed, eternal.”15

Many doctrines strengthen our belief in and elaborate on the core doctrines. For example, if a core doctrine is that God exists, understanding His corporality will help us better comprehend His nature and, in turn, deepen our faith in Him. While understanding and believing in Christ’s Atonement is core and essential for salvation, teachings that discuss the details of how He suffered (like bleeding from every pore) and what He suffered (all the pains and sicknesses of humankind) are not necessary to know in order to be saved, but they serve to expand upon the core concept of Atonement and redemption. Supporting doctrines help us elaborate on the eternal doctrines of salvation, often providing explanations of “how” such teachings function.

An example of a core, eternal doctrine is that Jesus Christ will return to earth and reign as its rightful king and lawgiver. It has been further revealed as a supporting doctrine that a righteous city of New Jerusalem will be built, and Christ’s people will be gathered to prepare for His return. Other supporting doctrines related to the Second Coming are that there will be a great gathering in Adam-ondi-Ahman to prepare for Christ’s millennial rule, that when Jesus returns to the earth the Mount of Olives will split, that the Jewish people will recognize the Lord as the Messiah (see D&C 45:51–53), that Satan will be bound, and that there will be a thousand-year period of peace. These teachings may not be essential for salvation, nor have they been taught in all dispensations, but they elaborate upon, expand our understanding about, increase our faith in, and provide potential “hows” to the core doctrine of Christ’s return to reign over earth. This supporting ring of doctrine has the potential to include many explanatory doctrines of the Church.