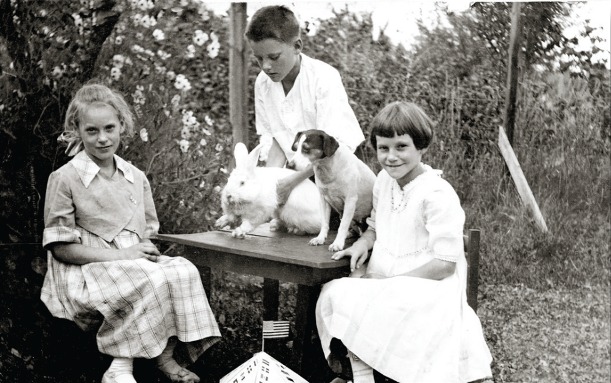 As we have been learning about President Howard W. Hunter this year in Priesthood and Relief Society, we have mostly gotten to know about him as an adult—a leader of the Church with profound ideas and a strong testimony. But what was he like as a child? The journal he left as a 10-year-old gives some fun, unique insights into the boy who became a prophet. Here are just a few:

A significant number of Howard’s boyhood journal entries revolve around him searching for rabbits with his friends or caring for his own pet rabbits, from feeding them alfalfa to taking them out to play around the yard. Even as a child he loved these creatures, and recounts a sad story about one of his rabbit's tails:

“Did’nt get up this morning until 10 o’clock Mary Jane was out and I was tring to catch her a little boy came over and though he would help me, I wish he had stayed home because he pulld my bunnies tail right off, it made me sick. I went in the house cring. So mother came out and helped me catch her.” [Aug. 20, 1918] 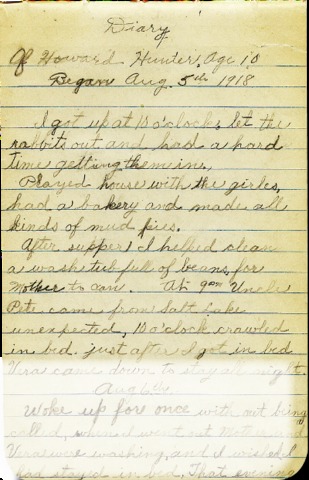 Young Howard’s first journal entry. [I got up at 10 o’clock, let the rabbits out and had a hard time getting them in., Played house with the girls, had a bakery and made all kinds of mud pies. After supper I helped clean a wash tub full of beans, for Mother to can. At 9:00pm Uncle Pete came from Salt Lake unexpected, 10 o’clock crawled in bed. Just after I got in bed Vera came down to stay all night.]

2. He liked going to picture shows.

Just like many of us today like to do, Howard frequently went to movies with his friends and family. His journal entries include references to then-stars such as Fatty Arbuckle, Charlie Chaplain, and Douglas Fairbanks:

“went to the picture show and had a good laugh at Fatty Arbuckle. Came home and had supper played until bedtime.” [Aug. 15, 1918]

Young Howard spent many happy hours with his sister, Dorothy, his friend Beatrice, his rabbits Mary Jane and Bunny Boo, and his dog, Daisy.

Though it came on his sister’s birthday, the player piano his parents bought for the two of them was well used.
“We played the piano for a while when the dray came in again, and brought us a Victrola and an Edison Mother and Papa were undecided whether to get a straight piano and a Phonagraph or a player piano, so had the house full of music.” [Nov. 2, 1918]

Though no mention was made in his journal of taking lessons, he writes several times about sitting down to play the piano on a quiet evening:
“After school sister and I played out doors we played the piano after supper.” [Dec. 6, 1918] 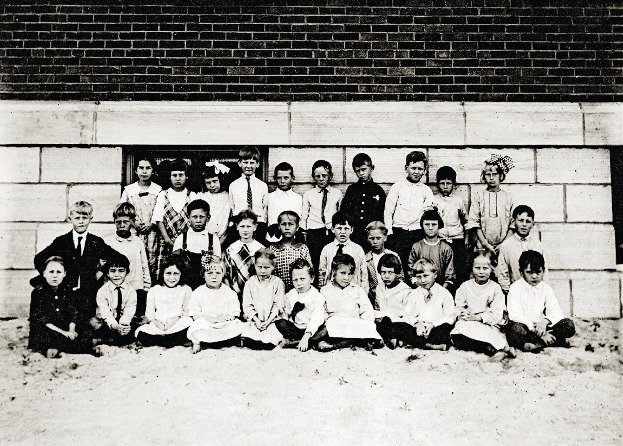 4. He once “played sick” from school.

Did you ever fake an illness, just so your mom wouldn’t send you to school? Like a typical, energetic youth, young Howard Hunter did! Here is his journal entry from the day: 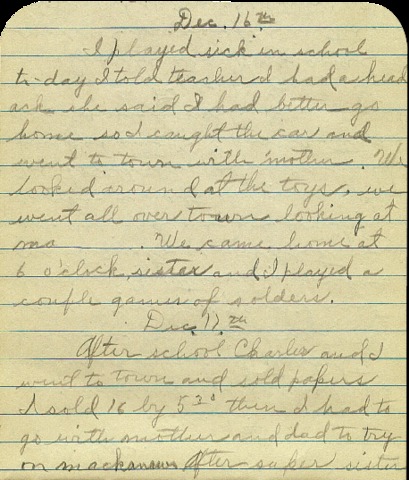 [I played sick in school to-day I told teacher I had a head ack she said I had better go home so I caught the car and went to town with mother. We looked around at the toys. We went all over town looking at ma _______. We came home at 6 o’clock, sister and I played a couple games of solders.]

While young children today play video games or watch television after their homework is done, Howard W. Hunter spent many hours reading. One book that he read was Tom Swift in the City of Gold. An old adventure book by Victor Appleton, Tom Swift is mentioned more than once in Howard’s entries:

“We played basket ball at school to-day Afer school I spent most my time reading Tom Swift in the City of Gold. I read a little after supper.
“We played basket ball a school to-day. After school I read Tom Swift in the City of Gold.
“After school I started to read another book Tome Swift and his motor boat. After supper all us kids in the neiborhood played pussy wants a corner out in the road.”
[Oct. 4-6, 1918]

Howard’s love of reading was likely influenced by his mother, whom Howard remembers “read to me a couple of hours before noon and read to me a little in the afternoon” [Dec. 9, 1918] when he was sick. 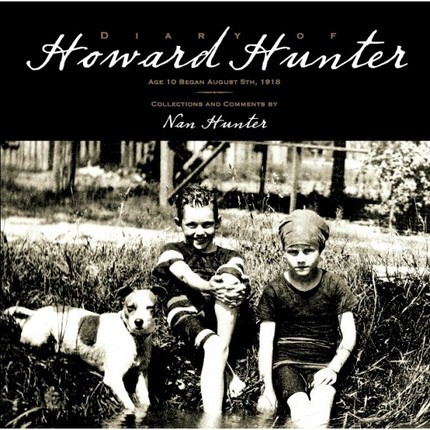 Find out more about the life of 10-year-old Howard W. Hunter through the journal he kept in 1918. From raising rabbits to playing house with his sister and doorbell ditching, President Hunter might surprise you with the things he did as a young boy and recorded in his diary. Find out more in Diary of Howard Hunter, available at deseretbook.com.