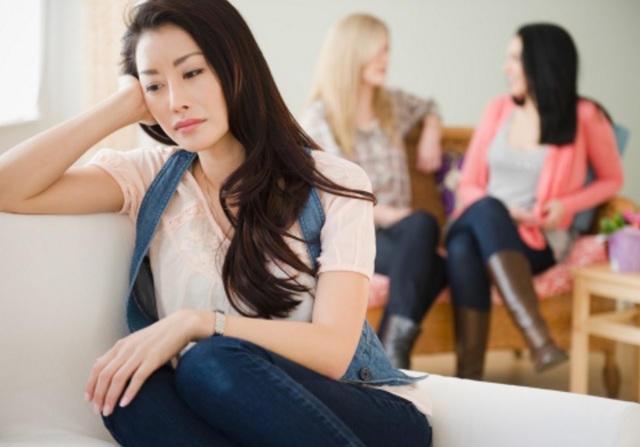 Huff Post: The Problem with Being Too Mormon and Not Mormon Enough

All of us, at one point or another, have felt isolated from our friends because of our religion or isolated from the Church because of disagreements, judgments, or mistakes. At those times, we should remember Elder M. Russell Ballard's reassurance that, no matter where we are or what we are struggling with, "You belong here! You and your talents, strengths, and contributions are needed urgently in the Church."

This is a beautiful thought from a Church member who currently feels isolated and wrote her experience for The Huffington Post, one we can all keep in mind, "If we could see that there are a lot more groups of “us” than just the one or two we tend to think of, I think our lives would be richer and we would trade the sense of safety these boundaries promise us for love and understanding. Isn’t that what Jesus would want us to do?"

A lot of Mormons tell me that I’m not Mormon enough. . . . If I don’t wear the right underwear, don’t hold a proper temple recommend, didn’t pay my tithing, turned down a calling, wore a sleeveless dress (or let my daughter do the same), drank some coffee or alcohol, or anything else against the lost lists of rules that religions tend to proliferate to distinguish the devout from the less devout, I risk being called an apostate, a dissident, a follower of Satan, or an enemy of the Mormon church.

Yet at the same time, when I talk about Mormonism to my non-Mormon friends, I’m “too Mormon.” They tell me I should just “quit” and find another church. Or give up on church entirely. Intelligent people don’t believe in religion anymore, don’t I know that? If I’m a modern woman, how can I accept any of the tenets of any Christian religion, which are clearly sexist? And if I understand even the most basic ideas of science, how can I adhere to religious ideas of an unknowable and unseeable omnipotent being that was clearly created by people who were trying to explain phenomenon, which science now adequately describes without any mystical language?

A couple of years ago, when I was searching for a new agent for my Linda Wallheim books, I discovered quickly that describing my books as “religious fiction” was a quick way to an automatic “no” from most agents. When I tried to explain that they weren’t preachy and weren’t typical religious fiction books, I realized that I was being as prejudiced against religious fiction as the agents were. Eventually, I stopped describing my mysteries set in Mormon Utah as anything other than “mysteries,” and found an agent who wasn’t afraid of books with religious content. But this experience opened my eyes to the prejudice against any religion, not just the particular brand that I adhere to.