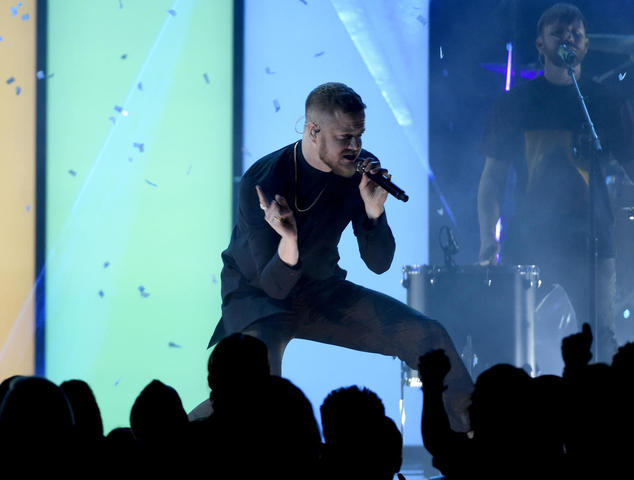 During an in-depth interview with the Deseret News, Imagine Dragons' lead singer Dan Reynolds opened up about his LDS faith, sharing why he still considers himself a Mormon.

While talking about the upcoming LoveLoud Festival, which brings together people from LGBTQ and faith communities to show love and support for LGBTQ youth, an event the Church made a statement on yesterday, Reynolds shared:

"Whenever I do interviews with press about the band, when people would bring up whether or not I was Mormon, it often made me uncomfortable. It was just an uncomfortable question for me because though I am Mormon and I identify as Mormon, just like every Mormon, I’m a unique Mormon. I have my own personal views on things and my own faith struggles and things like that so I typically would shy away from it.

"But one of the reasons that I had a hard time talking about it was I knew where my heart stood as far as, you know, what I thought about God and God’s relationship with the LGBTQ community. I know that that’s a divided issue within orthodox faith and I never want to point a finger at anybody and say, ‘I’m right and you’re wrong’ or anything like that because a lot of things are so subjective and I respect people and their own personal views and their own personal spirituality."

Later on, Reynolds noted "I absolutely don’t believe that Mormons are bigoted people at all," saying previous interviews might have been mischaracterized to give that impression. But, as he notes, he is a Mormon, as are many of his friends and family.

While Reynolds honestly shares he has some doubts and struggles with his faith, as all Mormons do, when asked if he regretted his affiliation with the Church of the Mormon faith, he said:

No, absolutely not. I don’t regret my affiliation with the church because it’s an open-door policy. If you want to leave a religion, you can leave a religion. But it’s not just my faith, it is also my culture. And I’m sure most Mormons can understand that religion is more than just going to church on Sunday for Mormons. It’s a daily thing. It’s part of your life and so for me, though I might not always have the same outlook on doctrinal issues as other people and even though there may be some days that I have a hard time even believing in a God, that doesn’t mean that I can’t still identify as Mormon as far as I’ve been taught.