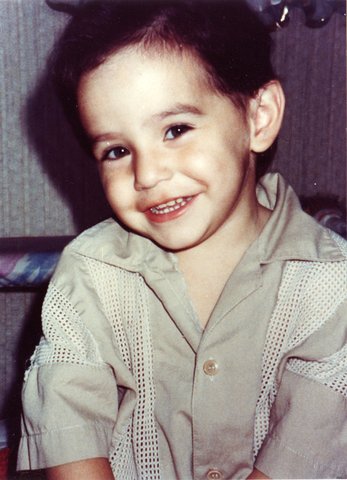 David Archuleta was born with music in his blood.

He grew up watching his father, Jeff, play the trumpet with various jazz bands and his mother, Lupe, shine on stage as a salsa singer and dancer. The second of five children, Archuleta would often perform musical numbers with his family for neighbors and friends. But it was at six years of age, when he watched a videotape of the tenth anniversary concert of Les Miserables, that his passion for music was irrevocably forged in his heart.

“I couldn’t stop watching,” Archuleta recalls. “I didn’t understand the story line, but I loved the way the people sang the songs. The melodies, the emotions—they captivated me.”

Inspired by Les Miserables, Archuleta became obsessed with singing despite being naturally shy and uncomfortable with the sound of his own voice. He continued to perform, improving his technique and showmanship with guidance from his parents. Then, when he was 10 years old, his mother entered him in his first competitive talent show—the 2001 Utah Talent Competition.

“I about had a heart attack because I was so nervous,” he recalls. “I’ve always been a worrywart and very self-conscious.” Despite his insecurity and self-doubt, and a full-blown panic attack backstage just minutes before his performance, Archuleta received a standing ovation for his rendition of “I Will Always Love You” and was declared the winner of the child division. Completely taken by surprise at his victory, he was thrilled at the audience’s response and found a deep sense of pride in facing his fears head on.

After the talent competition, Archuleta’s parents continued to search for opportunities for him to perform, including television appearances on the Jenny Jones Show and the Early Show on CBS. Then, in 2003, he competed on the television show Star Search, going on to become the Junior Vocal Champion. It was another confirmation that Archuleta’s life was on the right path. But soon that surety would be replaced with doubt and despair.

“I got invited back to Star Search the following year to do Battle of the Champions, but I started having struggles with my breathing, singing, and talking,” he recalls. “I was wheezing, and I could only sing for a few minutes at a time.” After a visit with the doctor, Archuleta received devastating news—he had  partial vocal cord paralysis.

The options for treatment were either a high-risk surgery that could permanently damage his voice, or voice therapy, which would hopefully slowly rehabilitate the paralyzed chord. Archuleta opted for therapy but he wasn’t optimistic, and at 13 years old his dreams of being a singer quickly evaporated.

“When I received the diagnosis, I had already given up,” he says. “I could only sing a song or two before I would get tired. To be a singer, you have to do full shows. I was really down and not sure what I should be doing with my life.”

He continues, “I just decided to go to school—I’d been home schooling on and off. Ninth grade was my first full year of school. Then tenth grade I tried to be a normal kid, but I’m not good at extracurricular activities, and I felt like I had lost a piece of myself.”