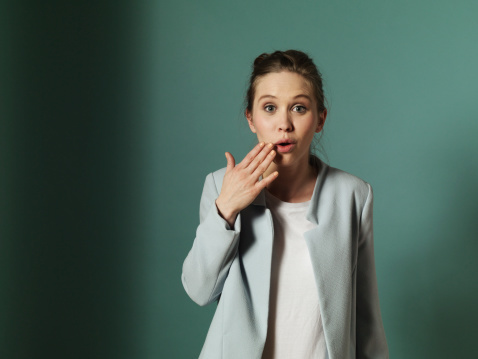 Is It Ever Okay to Swear? What a Prophet Had to Say About It

The following is an excerpt from President Kimball Speaks Out.

Many people would excuse themselves for cursing by saying that the Ten Commandments were given millennia ago to a faraway people, but it must be remembered that the Lord not only gave them with power to the Israelites, but he also reiterated them with emphasis to the Jews in the meridian of time, and even in our own dispensation he has repeated them for our own benefit and guidance.

To the young man of Jerusalem who asked the way of salvation, Christ said, "If thou wilt enter into life, keep the commandments." (Matthew 19:17.)

The eager inquirer asked, "Which?"

The Lord then repeated for him the Ten Commandments. They were still applicable. He also said in the Sermon on the Mount, "Swear not at all." (Matthew 5:34.)

Paul, the apostle, condemned profane people, saying, "Their throat is an open sepulchre; with their tongues they have used deceit; the poison of asps is under their lips: Whose mouth is full of cursing and bitterness." (Romans 3:13-14.)

And James lashed out against the evil: "But the tongue can no man tame; it is an unruly evil, full of deadly poison. . . . Out of the same mouth proceedeth blessing and cursing. My brethren, these things ought not so to be." (James 3:8, 10.)

In this latest dispensation the Lord warns, "Wherefore, let all men beware how they take my name in their lips—For behold, verily I say, that many there be who are under this condemnation, who use the name of the Lord, and use it in vain." (DC 63:61-62.)

Yet on the corner, in public places, on work projects, at banquet tables, there come ringing into our ears the sacred names of Deity spoken without solemnity. When we go to places of entertainment and mingle with people, we are shocked at the blasphemy that seems to be acceptable among them. It is heard on the stage, in the movies, on television, and on the radio. We understand how Lot must have felt when he was, according to Peter, "vexed with the filthy conversation of the wicked." (2 Peter 2:7.) We wonder why those of coarse and profane conversation, even if they refuse obedience to God's will, are so stunted mentally that they let their capacity to communicate grow more and more narrow.

Language is like music: we rejoice in beauty, range, and quality in both, and we are demeaned by the repetition of a few sour notes.

I recently picked up a book, widely circulated, highly recommended, a best-seller, and my blood ran cold at the profane and vulgar conversations therein, and I cringed as the characters used in an ugly way the sacred names of Deity. Why? Why do authors sell themselves so cheaply and desecrate their God-given talents? Why do they profane and curse? Why do they take in their unholy lips and run through their sacrilegious pens the names of their own Creator, the holy names of their Redeemer? Why do they ignore his positive command?

"And ye shall not swear by my name falsely, neither shalt thou profane the name of thy God: I am the Lord." (Leviticus 19:12.)

"Shall the axe boast itself against him that heweth therewith?" (Isaiah 10:15.)

A group of young basketball players climbed aboard a bus on which I was riding. They seemed to vie with each other to see who could curse most viciously. Perhaps they had learned it from older men as they associated with them in various activities. I know they did not fully realize the seriousness of their words.

At the beach one day a group of youths had driven their car too far out in the sand, and it was imbedded deeply. All their combined strength seemed insufficient to dislodge it. I offered to assist, but the vile language they were using repelled me. Teenagers were using the holy names of their Creator as though he were their creation. I shrank from the blasphemy and left them.

Some time ago I saw a drama enacted on the stage of a San Francisco theater. The play had enjoyed a long, continuous run in New York. It was widely heralded. But the actors, unworthy to unloose the latchets of the Lord's sandals, were blaspheming his sacred name in their common, vulgar talk. They repeated words of a playwright, words profaning the holy name of their Creator. The people laughed and applauded, and as I thought of the writer, the players, and the audience, the feeling came to me that all were party to the crime, and I remembered the castigation in Proverbs to those who condone evil:

"Whoso is partner with a thief hateth his own soul: he heareth cursing, and bewrayeth it not." (Proverbs 29:24.)

On the stage, on the telephone, sensitive ears and eyes are outraged daily by the unwarranted and blasphemous use of the names of the Lord our God. In the club, on the farm, in social circles, in business, and in every walk of life, the names of the Redeemer are used presumptuously and sinfully. We who are thoughtless and careless, and we who are vicious and defiant, should remember that we cannot with impunity take the name of the Lord in vain. Are we not inviting eventual destruction as we desecrate all things holy and sacred, even to the common and irreverent use in our daily talk of the names of Deity?

Accountable for Our Language

The Lord has told us that we are accountable for indecent language. I hope that you would not ever use any indecent language, my young friends. That would be a disgrace. Indecency that is designed to impress will only depress the hearers as well as the person who utters the indecency. If mankind could but come to see indecency as an indication of weakness and not strength and maturity, as stupidity and not sophistication, then they would come to see more clearly the strength of Jesus Christ, the most honest and decent individual who ever lived on the face of the earth.

It is a terrible thing for any human being to use the names of Deity in disrespect. Through the ages, the prophets have never ceased to rebuke this grave sin. The prophet Isaiah called to accounting and repentance those "which swear by the name of the Lord, and make mention of the God of Israel, but not in truth, nor in righteousness." (Isaiah 48:1.)

Job, informed that his socially minded sons and daughters were dissipating in their homes, "offered burnt offerings according to the number of them all; for Job said, It may be that my sons have sinned, and cursed God in their hearts." (Job 1:5.) He was in great distress. His bones ached; his flesh was sore; his heart was tried; and his hope near gone. Yet when his wife rebelled, saying, "Dost thou still retain thine integrity? curse God and die," faithful Job reprimanded her severely: "Thou speakest as one of the foolish women speaketh." (Job 2:9-10.)

George Washington also set us a good example in this regard. When he learned that some of his officers were given to profanity, he sent a letter to them on July 1, 1776, saying: "The General is sorry to be informed that the foolish and wicked practice of profane cursing and swearing, a vice heretofore little known in our American army, is growing into fashion. He hopes the officers will, by example as well as influence, endeavor to check it and that both they and the men will reflect that we can have little hope of the blessing of heaven on our arms if we insult it by our impropriety and folly. Added to this, it is a vice so mean and low, without any temptation, that every man of sense and character detests and despises it."

Our Responsibilities as Latter-day Saints

But our responsibility does not end there. That would merely be to refrain from committing sin. To perform righteousness, we must speak our Lord's name with reverence and holiness in our prayers, our discourses, and our discussions. Isaiah sang, "For unto us a child is born, unto us a son is given; and the government shall be upon his shoulder: and his name shall be called Wonderful, Counseller, the mighty God, The everlasting Father, The Prince of Peace." (Isaiah 9:6.)

Jesus perfected his life and became our Christ. Priceless blood of a God was shed, and he became our Savior; his perfected life was given, and he became our Redeemer; his atonement for us made possible our return to our Heavenly Father, and yet how thoughtless, how unappreciative are most beneficiaries! Ingratitude is a sin of the ages.

Great numbers profess belief in him and his works, and yet relatively few honor him. Millions call themselves Christians, yet seldom kneel in gratitude for his supreme gift, his life.

Let us rededicate ourselves to reverential attitudes, toward an expression of gratitude to our Lord for his incomparable sacrifice. Let us remember the modern command, "Wherefore, let all men beware how they take my name in their lips." (DC 63:61.)