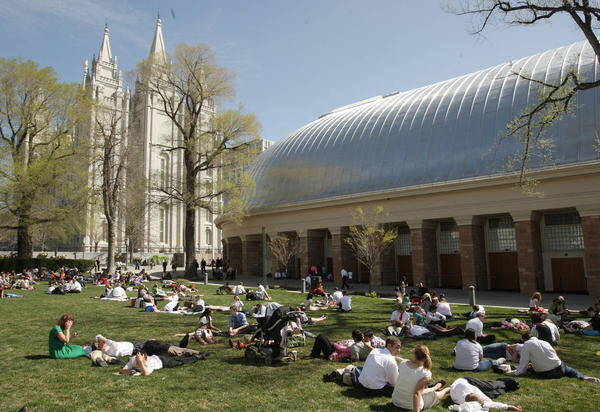 It's much more than a Mormon moment, church official says

For a solid 45 minutes Monday morning, Michael Otterson, managing director of Public Affairs for The Church of Jesus Christ of Latter-day Saints, spoke to members of the LDS International Society about "How the Church is Handling Increased Global Visibility."

In what may be a first for anyone speaking on that subject over the past year, not once during the entire presentation did he mention the name Mitt Romney.

"I have done that deliberately, because it should tell us something about the 'Mormon Moment,'" Otterson told some 300 International Society members, who were holding their annual conference on the BYU campus. "It is much more than politics. It is much more than a moment. After 182 years, the church may have reached that point which the Lord described in (the first section of the Doctrine & Covenants) — finally, the church has emerged from obscurity, at least in some parts of the world."