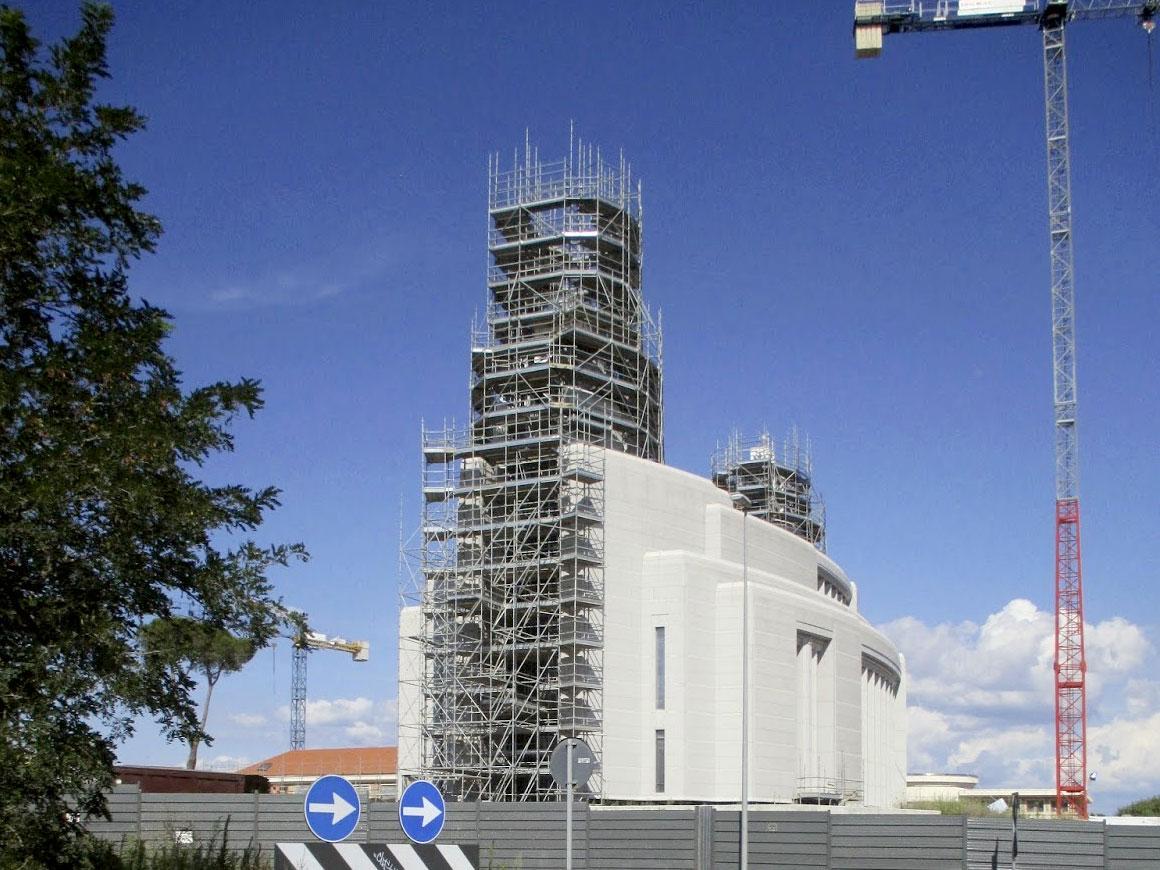 On the outskirts of Rome along the ancient Catholic pilgrim route known as the Via Francigena and not far from a giant shopping center featuring a massive IKEA and the French do-it-yourself Mecca called Leroy Merlin, cranes are hoisting giant spires onto the top of a Baroque-revival-style church. But unlike most of the religious edifices erected in Catholic Rome, this Roman temple is being built by the Church of Jesus Christ of Latter-day Saints (LDS) of Italy to accommodate a congregation that has grown from 9,000 to nearly 30,000 followers in less than 30 years.

The Rome Temple Complex of the LDS sits on 15 acres and will feature lush gardens, and a 40,000-square-foot temple with floor and ceiling designs to mimic Michelangelo’s Capitoline Hill plaza overlooking the Roman forum.