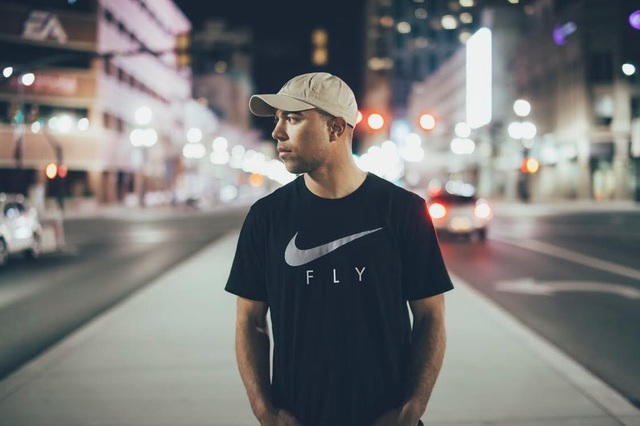 James the Mormon, a.k.a James Curran, will be entertaining Jazz and Clippers fans this Friday during halftime for the sixth game in the Jazz-Clippers series. With the Jazz already up by one game, a victory Friday night could clinch their continuation in the NBA playoffs

If you'll be at the Jazz playoff game on Friday... I'll be your halftime entertainment. #takenote

Curran is well-known for spreading the gospel and inspiration through rap. In fact, he even highlighted missionaries in a music video he created while teaming up with David Archuleta.

Spending most of his childhood in China, Russia, and Uzbekistan, Curran was used to being one of the few Mormons in the area, sometimes the entire country.

While living in China, Curran says he remembers listening to Primary lessons on a bottom bunk bed because there was no place to meet for church other than a member's home. When Curran was ready to be baptized he had to make do with an unconventional font.

"I was baptized in China in a Jacuzzi—in a hotel Jacuzzi," he says.

From the first time Curran heard rap on MTV, he says it resonated with him.

By the time he was 17, he was writing his own music.

And though his path toward writing rap music seemed bright, his testimony was a little dim at the time. In fact, he says wasn't super active in the Church until a few months before he left for his mission.

"All I knew was this was a good thing," Curran says, "I went on a mission because I was like 'I'll be helping people, it's expected of me, and my girlfriend's dad will let me marry her.' That's why I went on a mission. But I stayed on my mission because I gained a testimony of the restoration of the gospel and the Atonement. I felt it and I loved it—I realized it was the most important thing in the world."

Curran's passion for missionary work grew as he served in Russia and later Washington, Russian-speaking.

When he came home from his mission, Curran changed all of his social media names to James the Mormon as a way of sharing what he believed.

Still interested in rap when he came home from his mission but not focused on it, Curran soon felt prompted to use genre in an unusual way.

"It would be the equivalent of God telling some guy in the gym who likes to play basketball, 'Hey, I need you to go the NBA," Curran says. "And he'd be like, 'What?' and God would be like, 'Yeah, this is how I want you to share the gospel.'"

And so Curran began producing his own music. He released his first extended play, "I'm Not a Rapper" on April 17, 2016. By April 28, his album had reached No. 1 on the iTunes hip-hop/rap top albums chart and No. 7 on the iTunes top albums list.

"To be very honest with you, at least once a week I sit there and think, 'James the Mormon is the most ridiculous rap name in the world,'" he says. "After a few songs, I was like 'I can't do this anymore, it's too ridiculous.' But I would try to change it and get sick."

Now his name and his work reflect one of his passions—missionary work.