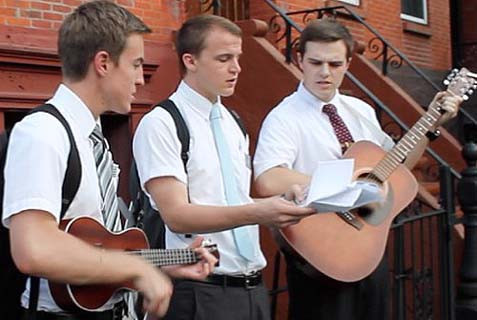 Jewish Rabbi: Our friends, the Mormons

With large families, a deep love of Israel and the Jewish people, simultaneous dedication to our faith and engagement with the broader world, dietary restrictions and modest dress, and being misunderstood (even by our coreligionists), Orthodox Jews surprisingly have much in common with one of the fastest growing religions in the United States – the Church of Latter Day Saints (LDS), colloquially known as the Mormons.

I would like to share reflections on last week’s meetings, coordinated by the Orthodox Union’s Advocacy Center, with the church and its political leadership in Salt Lake City, Utah.

Read the rest of this story at jewishpress.com