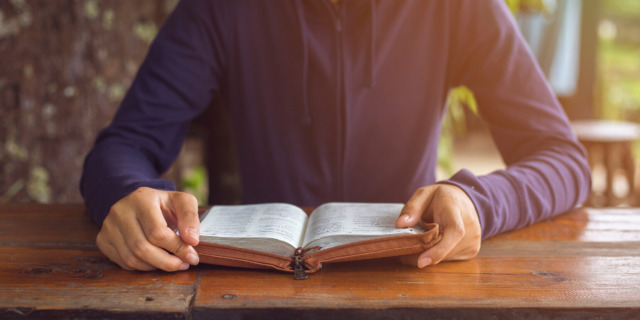 An intriguing question is a gift. When a student asks a tough one, the whole class goes into “search mode,” and we put our collective heads together searching for an answer. Here’s a good one:

If the scriptures teach us to “say nothing but repentance unto this generation” (D&C 11:9), why would the scriptures give any airtime to anti-Christs? If Korihor’s arguments were so persuasive that many good people were deceived, why would we preserve those arguments for a new generation? Shouldn’t we have left them buried?

Anyone who has read the Book of Mormon knows that space on the plates was precious, that engraving upon them was difficult, and that we are getting a fraction of everything that happened in the New World. “I cannot include a hundredth part . . .” is a phrase repeated by the record keepers throughout the text.

Which makes this student’s question even more interesting: Why in the world would we give Korihor a new platform in our day? With space on plates being so precious, why would we give Sherem any time to talk about his false philosophy? Or Nehor? Or the Zoramites? All good questions. President Ezra Taft Benson gave a wonderful answer:

The Book of Mormon exposes the enemies of Christ. It confounds false doctrines and lays down contention. (See 2 Ne. 3:12.) It fortifies the humble followers of Christ against the evil designs, strategies, and doctrines of the devil in our day. The type of apostates in the Book of Mormon are similar to the type we have today. God, with his infinite foreknowledge, so molded the Book of Mormon that we might see the error and know how to combat false educational, political, religious, and philosophical concepts of our time. (Teachings of Presidents of the Church: Ezra Taft Benson [2014], 132)

That is the reason for allowing anti-Christs to preach their false doctrines on the plates—to expose them as enemies of Christ.

It is tempting to paint all of the Lord’s adversaries with the same brush, but the Book of Mormon will not allow that. The enemies of Christ occupy a continuum from “there is no God” at one end to “there is a God but you’re all doing it wrong” at the other, with a few gradations in between. That’s the genius of it—there will be a broad spectrum of enemies of Christ in our day as well.

Korihor: “There is no God”

An entire chapter, and in fact one of the longer chapters in the Book of Mormon, is the story of Korihor: his philosophy, his confrontation with Church leaders, and his ultimate confession and demise. First of all, Korihor had a lot to say about believers in God and in Christ. He described them as bound, foolish, yoked, frenzied, and deranged, among other things. In addition, he taught that:

Those who believed Korihor began to make what we call “Kori-horrible” decisions. (Dad jokes are my specialty.)

Some of my students have wondered how, since there was “no law against a man’s belief” (Alma 30:11), the people were justified in binding Korihor and carrying him before the high priest and the chief judges of the land. It comes down to the difference between beliefs and behavior. My personal opinion is that Korihor was participating in the whoredoms he was excusing, as well as causing others to commit whoredoms. Although there was freedom to believe whatever you wanted, it was still against the law to commit adultery in that day (see Alma 30:10), and perhaps to cause others to do so. Therefore, Korihor was breaking the law by participating in illegal behavior and was subject to its penalties.

One of Korihor’s accusations that is still being used in the latter days is his claim that the leaders are glutting themselves with the labors of the people’s hands, so that the people “durst not enjoy their rights and privileges” (Alma 30:27). One of Satan’s tactics is to paint those who are willing to obey the commandments of God as gullible victims or mindless sheep who are not “enjoying their rights” or are being deprived of their rights by leaders with bad motives. Korihor falsely accuses the leaders as being nothing more than controlling zealots who won’t let the people live their lives as they want. It’s an old strategy that still works today.

Some are so confused when they see others deliberately choosing to obey a set of commandments, they assume there must be some kind of mind control or cultural coercion going on. They cannot understand why anyone would willingly keep all those rules. Why would we? It reminds me of a saying I heard: “Those who danced were thought to be quite insane by those who could not hear the music.”

Ultimately, Korihor demanded a sign. Jesus taught that “a wicked and [notice this] adulterous generation seeketh after a sign” (Matthew 16:4; emphasis added). How interesting! Fits perfectly here, doesn’t it? Why is sign seeking equated with adultery? Think about it—a sign seeker wants proof or evidence of something without any effort or searching. An adulterer wants the privileges of marriage without any commitment. Both involve a similar “something-for-nothing” mentality.

Alma’s brilliant response to Korihor’s demand for a sign was to turn the tables on Korihor: “What evidence have ye that there is no God, or that Christ cometh not?” (Alma 30:40). That’s a great question. Alma then lists what I call a hierarchy of testimony (Alma 30:39, 44):

Ultimately, Korihor is struck dumb (and deaf, evidently, since others have to write messages to him to communicate), and Korihor finally admits “he always knew there was a God” (Alma 30:52). What he had taught was so pleasing to the carnal mind that he had much “success,” as he put it, and it led to his death. This long chapter ends with an important “thus we see . . .”

And thus we see the end of him who perverteth the ways of the Lord; and thus we see that the devil will not support his children at the last day, but doth speedily drag them down to hell. (Alma 30:60)

The devil would like to convince us that he is an ally. Some have fallen for it, and they deliberately use Satanic symbols to market their materials (on posters, ads, and merchandise). Others have repeated Korihor’s arguments in modern, sophisticated language. But the devil will not support his children at the last day, since he wants us to be as miserable as he is. Lehi warned about the power of the devil, who “seeketh that all men might be miserable like unto himself” (2 Nephi 2:27). That lesson, or what we might call “Satan’s mission statement,” was worth the space on the plates, in Mormon’s inspired judgment.