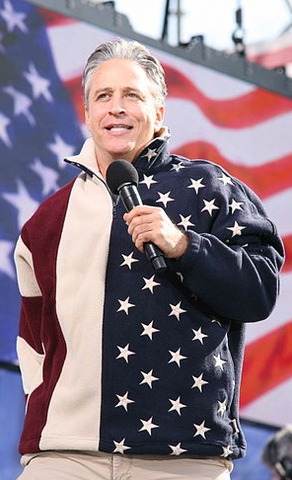 On "The Daily Show" Wednesday night, comedian Jon Stewart went out of his way to defend both Mitt Romney and the LDS Church. Although he's not known as the greatest Romney fan, he took time to critique people from both sides who have essentially been Mormon-bashing.

He begins by calling out Pastor Robert Jeffress, who late last year called the LDS Church a "cult," but just a few weeks ago said he'd prefer a "Mormon like Mitt Romney" to a "Christian like Barack Obama." Stewart goes on to criticize others like MSNBC hosts Martin Bashir and Lawrence O'Donnell.

Stewart saves his harshest words for O'Donnell who claims Joseph Smith started the Church to cover up an affair, to which Stewart says just about any major religion could have been started for a number of scandalous/frivolous reasons, and to claim such a thing is ridiculous.

The video veers toward the irreverent side (watch at your own risk), but we think the fact that Jon Stewart went out of his way to defend the LDS Church is pretty cool.

To read more or watch the video, click here.