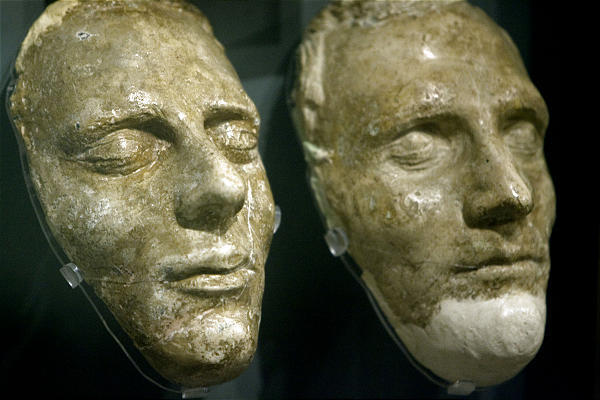 3. Joseph and Hyrum Smith likely had several sets of death masks made. 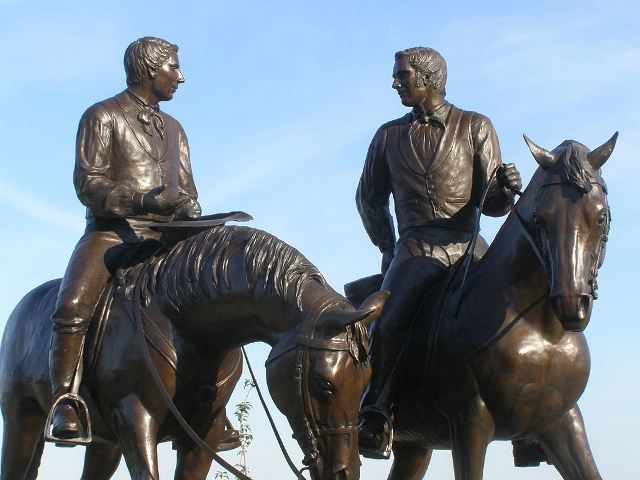 According to history.lds.org, it is likely that several casts were made of Joseph and Hyrum at the time of their deaths. However, the only known existing original set is found in the Church History Museum. They are often referred to as the Dibble masks, because Philo T. Dibble, a former bodyguard of Joseph Smith, acquired them after George Cannon’s death. Brother Dibble had a vision of creating a panoramic scene and art gallery of Church history events as a way to share the gospel and build Zion. It became a traveling museum, to which display he added the death masks as he shared his testimony of the prophet Joseph Smith.

4. The death masks were a key part of identifying the remains of Joseph and Hyrum in the 1900s. 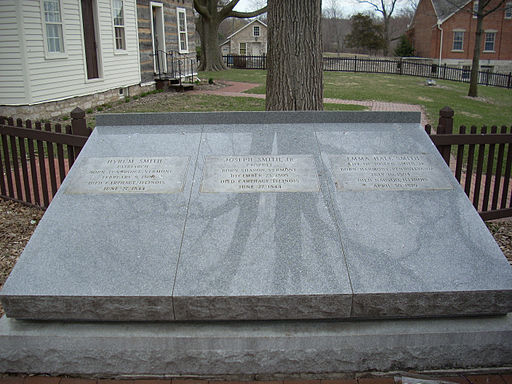 The remains of Joseph and Hyrum Smith were moved several times after they were buried. After they were found in 1928, they were reburied next to Emma Smith’s grave. When there was controversy over the correct identification of the bodies in 1994, Curtis G. Weber used the death masks to more closely study and confirm which remains belonged to which beloved brother in Church history. You can read more about his investigation in his article, found on mormonhistoricsites.org.

5. The man who sculpted the Salt Lake Temple’s angel Moroni statue was first inspired to sculpt because of the death masks.

Sculptor Cyrus Dallin saw the death masks of Joseph and Hyrum in Philo Dibble’s traveling museum when he was only 12 years old. This is what first inspired him to start sculpting. Later in life, he was the artist who sculpted the angel Moroni statue that now crowns the Salt Lake Temple, as well as the Brigham Young monument still located in downtown Salt Lake City.

Lead image from deseretnews.com. All other photos, unless otherwise indicated, are from Wikimedia Commons.