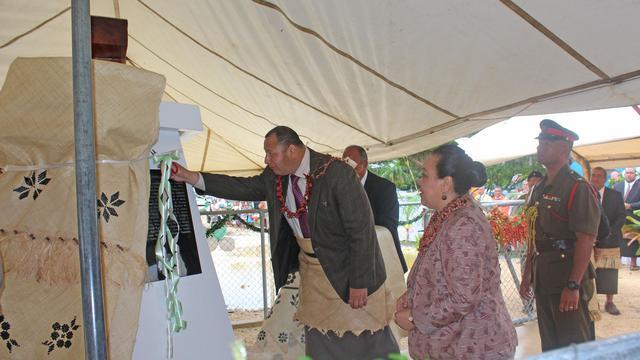 What an exciting moment for the first missionaries in Tonga to be recognized and honored by the government. There's no doubt the work of these missionaries has flourished as the Church maintains a strong presence in Tonga.

His Majesty King George Tupou VI unveiled a monument in Tonga on Monday, August 8th that recognises the landing and welcome of the first Mormon missionaries to Tonga in 1891.

The unveiling also marked the official start of a week-long celebration in honour of the 100th anniversary of the creation of the Tonga Mission of The Church of Jesus Christ of Latter-day Saints.

His Majesty was accompanied at the unveiling service by Her Majesty Queen Nanasipau’u, His Royal Highness Prince Ata, and Prince Tungi, the King’s nephew.

Prince Tungi is the estate holder of the land which is the birth place for the Church and the mission in Tonga, and where the monument is located—Hilatali, Tatakamotonga.