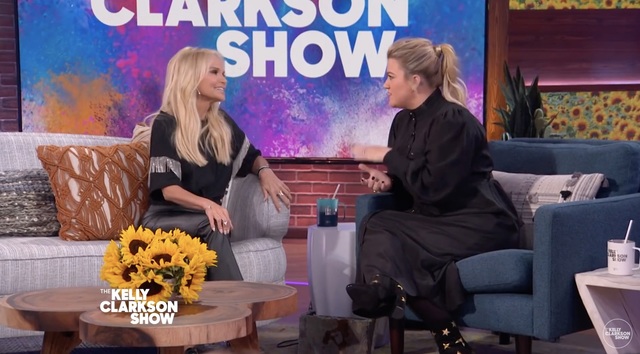 Earlier this year, I interviewed the directors of the Tabernacle Choir at Temple Square, Mack Wilberg and Ryan Murphy, on the All In podcast, and selfishly took the opportunity to put in a request for an upcoming guest artist.

After a failed attempt to get the directors to reveal their wish list of artists to perform with the Choir, I casually slid in my request, “I personally would love to see Kelly Clarkson perform with the choir. She would be at the top of my list. So I’ll tell you my secret so that you can make that happen.” Murphy immediately replied, “Very good. We’ll write that down.”

For this reason, my ears perked up when, on Monday’s episode of The Kelly Clarkson Show, Clarkson asked Kristin Chenoweth about the Wicked star’s participation in the Tabernacle Choir’s Christmas concert.

“Tell me about the Tabernacle Choir thing. That’s crazy . . . so you sing with them?” Clarkson said.

“The Tabernacle Choir is a rite of pass…” Chenoweth began, but didn’t even finish her sentence before saying, “You need to do it, girl!”

“You’re cooler than me, let’s just get this over with,” Clarkson replied, but Chenoweth insisted, “That’s going to happen. I’ll help it!”

Clarkson went on to ask Chenoweth how she got involved with the Christmas concert and Chenoweth explained that the Choir had asked her to do it and she finally took the opportunity.*

Prior to her performance last year, Chenoweth told media that growing up in Oklahoma, she watched three things every year: the Tony Awards, the Miss America Pageant, and the annual Mormon Tabernacle Choir Christmas special. Mack Wilberg revealed that Chenoweth had been on their list of potential artists for a long time.

“It’s a very tricky thing to secure a guest artist, because oftentimes someone will want to come and perform, but their schedules don’t—they don’t match our schedule,” Wilberg says. “And so there’s a lot of things that go into securing a guest artist, it’s just not simply because we want them or they want to come. It’s a bit of a challenge to make it all work, but when it does, it’s a great thing.”

Only time will tell whether Clarkson will ever perform with the Tabernacle Choir, but I do know (as arguably one of her biggest fans) that on last Tuesday’s episode of The Voice she said that she loves Utah, so I'm going to cross my fingers and hang on to hope.

*Chenoweth’s performance with the Choir last year will air this Christmas. The DVD of the concert is slated to hit Deseret Book shelves on Oct. 18.

Listen to the entire All In podcast episode with Wilberg and Murphy in the player below.