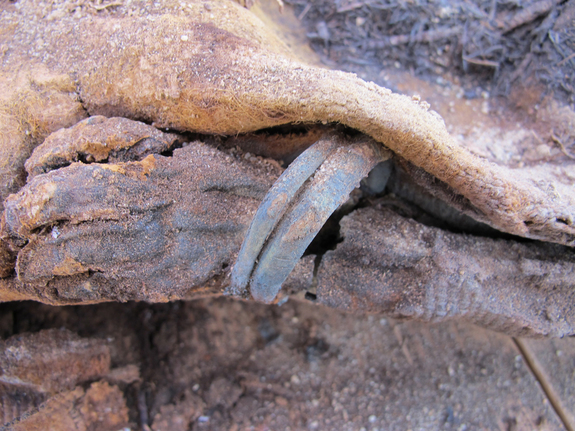 The remains of a child, laid to rest more than 1,500 years ago when the Roman Empire controlled Egypt, was found in an ancient cemetery that contains more than 1 million mummies, according to a team of archaeologists from Brigham Young University in Provo, Utah.

The cemetery is now called Fag el-Gamous, which means "Way of the Water Buffalo," a title that comes from the name of a nearby road. Archaeologists from Brigham Young University have been excavating Fag el-Gamous, along with a nearby pyramid, for about 30 years. Many of the mummies date to the time when the Roman or Byzantine Empire ruled Egypt, from the 1st century to the 7th century A.D.

Read the rest of this story at m.livescience.com