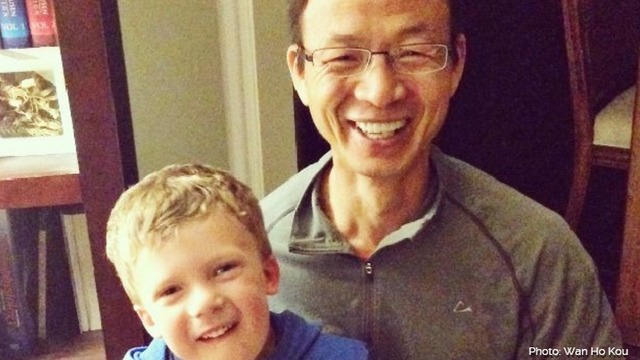 Wan Ho Kou of Herriman circled the Payson Temple on Dec. 26, completing his final leg of a 200-mile run connecting the 12 temples belonging to The Church of Jesus Christ of Latter-day Saints from Logan to Payson. It is something he is doing to help a 4-year-old boy named Ben.

It was a few months ago when Kou met Ben's parents, Kristine and Rob Watterson, while pacing the two at separate racing events. After spending so many miles with the couple, Kou felt a unique connection and reached out to the two through social media. Not long after becoming friends, Kou noticed that Kristine was posting things about some struggles her son was going through.

Kou came to learn that Ben was recently diagnosed with a genetic condition known as 22q11.2 Deletion, which is a deletion of a small piece of the 22nd chromosome. This condition causes many issues including heart defects and cognitive delays — both of which have affected Ben.

Mormon Life News From Utah Temples Love Service CharityNews From Utah,Temples,Love,Service,Charity,Mormon Life
Comments and feedback can be sent to feedback@ldsliving.com