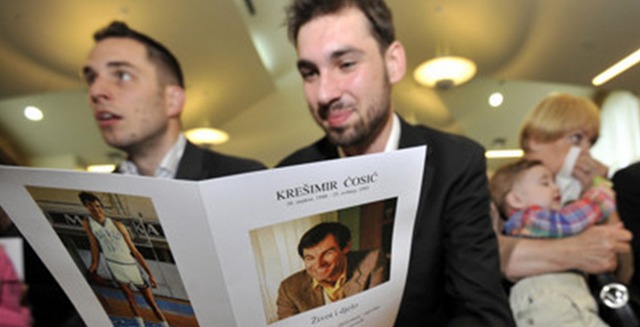 Krešimir Ćosić, Brigham Young University basketball great and Olympic champion, was a courageous, uncommon man. Those who knew him say his immeasurable sacrifices laid the groundwork for the introduction of the gospel in Yugoslavia. The Church continues to grow in that land.

On May 23, 2015, the Adriatic North Mission marked the 20th anniversary of the beloved Croatian’s death at Zagreb, Croatia, where members of the Church gathered to honor him, together with Brother Ćosić’s family and friends from Europe and America.

The commemoration appropriately began on the basketball floor of a Zagreb sports gym, a tournament of 38 players on teams participating from Serbia, Bosnia, Croatia, and Slovenia—countries which were once part of the former Yugoslavia.