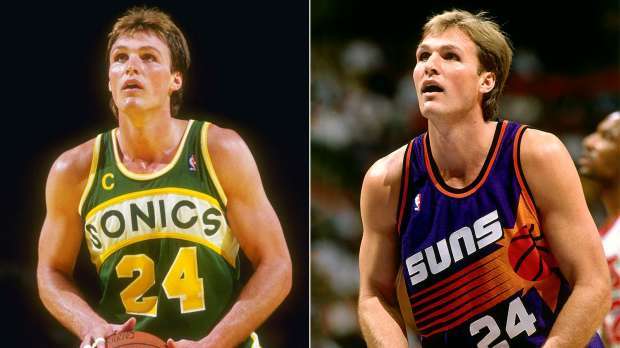 For more than a week now, the basketball world has waited with bated breath to hear what — or, rather, where — will come next for LeBron James, Carmelo Anthony and the NBA’s most prized free agents.

As the league's top players weigh their options and prepare to hand-pick their next destinations, few fans stop to consider that, as recently as a quarter century ago, even the sport’s brightest stars had little to no say in their own futures.

Before the summer of 1988, unrestricted free agency was little more than wishful thinking — and an unrealistic dream at that. Until then, virtually the only way a player could leave the team that drafted him was through a trade, and in the rare instance a player signed on with another team as a free agent, significant compensation was awarded to the player’s previous team in the form of players or draft picks.

Following the 1987-88 season, Tom Chambers was emerging as one of the NBA’s top up-and-coming players. The 1987 All-Star Game MVP, Chambers had averaged 20.4 points per game over five seasons with the Seattle SuperSonics after being traded from the San Diego Clippers and had helped lead the team to a berth in the 1987 Western Conference finals.

Unfortunately, he was stuck in a loaded frontcourt that included Xavier McDaniel, Derrick McKey and the recently acquired Michael Cage — and one that, unbeknownst to him at the time, would be adding Shawn Kemp in the following draft — leaving him unsure of where he fit in the team’s future plans.

Read the rest of this story at foxsports.com