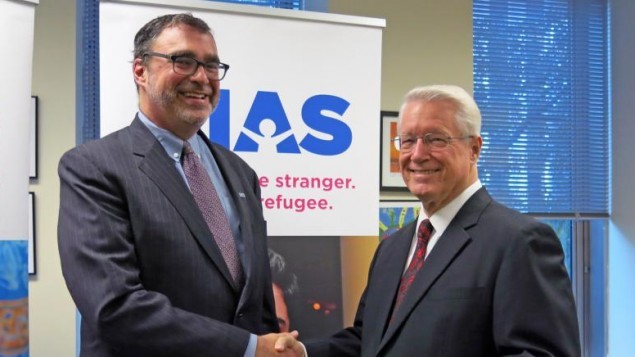 Bishop Dean Davies, first counselor in the Presiding Bishopric, recently visited an international refugee resettlement agency in Washington, D.C., and pledged $200,000, according to Times of Israel.

HIAS, previously known as the Hebrew Immigrant Aid Society, has helped Jewish immigrants since 1881 and is now increasing efforts to help in the refugee crisis.

“The work that we do at HIAS comes out of the Jewish experience as refugees ourselves,” HIAS president Mark Hetfield told Times of Israel. “We know that Mormons, too, have endured the refugee experience. That makes this donation to help us help the refugees of today all the more meaningful.”

This donation continues to strengthen ties between the LDS Church and Jewish community, especially after Apostles and other Church leaders recently met with prominent U.S. Jewish leaders at the Mount of Olives.

Lead image from Times of Israel.

Read the rest of this story at timesofisrael.com