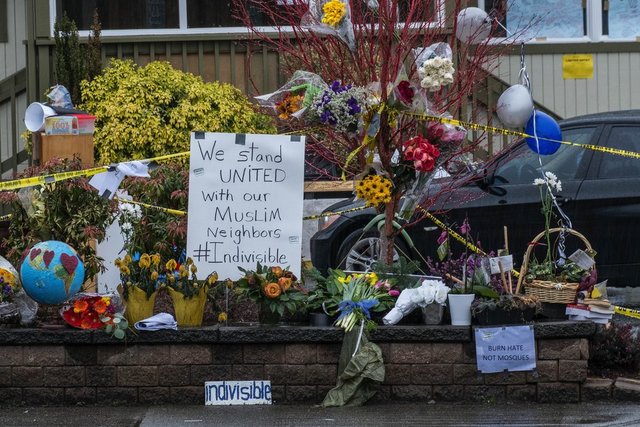 Just after 2:30 a.m. on January 14, flames destroyed a mosque in Bellevue, Washington, valued at $1.2 million, according to the Seattle Times.

A 37-year-old homeless man with a history of property damage and mental illness was charged with arson and the destruction of the mosque, but police say there is no reason to suspect the damage was a result of a hate crime.

► You'll also like: The Incredible Story of the Stake Center That Became a Jewish Synagogue

Though many holy books were salvaged from the fire, the Muslims who worshiped in the mosque were left without a place to pray.

Shortly after the fire, the Bellevue Stake of The Church of Jesus Christ of Latter-day Saints converted a large classroom into a place where the Muslim community could come to pray and worship.

But the LDS Church wasn't the only one to offer support to the Muslim community after this tragedy. Just a few days following the fire, people left an array of balloons, flowers, messages, and gifts outside the damaged mosque.

Messages of hope from Bellevue church congregation after mosque arson. They've given those families a free space to pray in their church. pic.twitter.com/kLlBnIxUJp— Gabe Cohen (@GabeCohenKOMO) January 21, 2017

Some of the messages read, “We stand UNITED with our Muslim neighbors" and “We’re better together," according to the Seattle Times.

Lead image from the Seattle Times

Mormon Life Muslim LoveMuslim,Love,Mormon Life
Comments and feedback can be sent to feedback@ldsliving.com