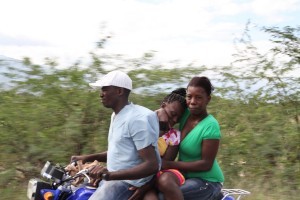 LDS Church members and missionaries help out in Haiti, Chile

When he first heard that a magnitude-7.0 earthquake had struck the island nation of Haiti near the capital city, Port au Prince, Provo resident Tracy Hall knew there would be a lot of damage. Hall, 39, who served an LDS proselytizing mission to Haiti in the early '90s, knew that construction of buildings in Haiti is often haphazard at best.

"There's no building code," Hall said. A new structure is deemed satisfactory, he said, "when it stands up."

Haitian government reports released in the aftermath of the Jan. 12 earthquake estimated that nearly a quarter-million people had been killed by the quake and its effects, with some 300,000 injured and an estimated 1 million left homeless.