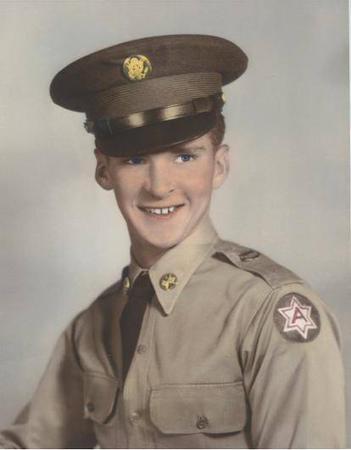 Having been born into a family void of religious instruction, I didn't know the love of my Father in Heaven and his keen awareness of me a young man. This knowledge came as a result of joining the Army as an 18 year old, fresh out of high school.

While in the U.S. Army stationed at Ft. Huachuca, Ariz., in 1954, I met Dee Halladay. He was serving as chaplin’s assistant and was an outstanding example of all that a young priesthood holder should be. He was the kind of young man every mother would hope her son would be while living away from home. I learned that he was a member of The Church of Jesus Christ of Latter-day Saints — a Mormon — and I was intrigued. I wanted to know more but was hesitant to ask. I watched him and took careful note of things that he did that set him apart from others. His example was impressive to me. I wanted to be like him. Before long, our life paths changed. Though I lost track of him, his example of Christ-like living stayed with me.