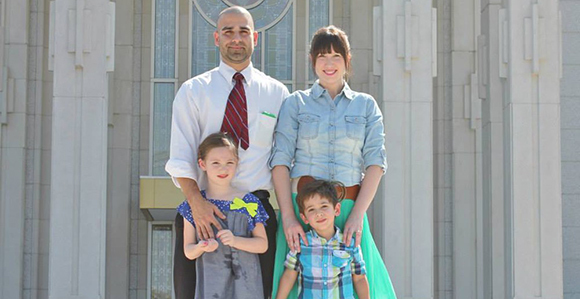 Last summer, Bethany Paterno, a member of the Oak Ridge Ward, Spring Texas Stake, was reading an article in the Church News to her husband, Marcus, about some of the Latter-day Saint women who were being recognized by American Mothers, Inc. as the Mother of the Year for their states. “I told [my husband], ‘Wow, what an amazing honor. That is really cool,’” Sister Paterno recalled. A year later, she cried and jumped up and down when she learned she had been chosen as the 2015 Texas Young Mother of the Year.

The honor means all the more to her considering there was a time she wasn’t sure she wanted to be a mother. As a teenager and before she joined the Church, she said, she saw herself focusing on a career instead of a family. “I was really worried I was going to mess it up.”