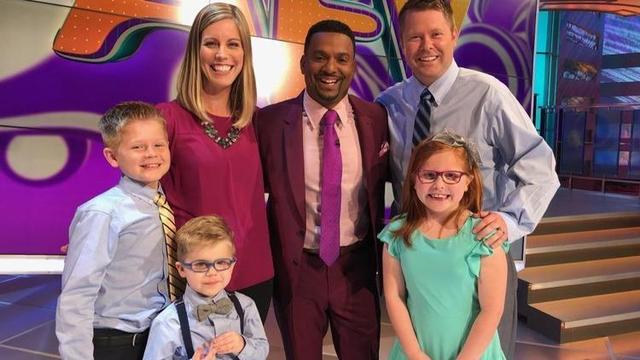 For the past two weeks, Mormon families have dominated America's Funniest Home Videos.

On May 13, 2018, David and Mary Field and their children, Carson, Jillian, and Henry David, won $100,000 on America's Funniest Home Videos for a hilarious wishbone fiasco caught on camera. During the clip, you can even catch a glimpse of the Field's Family Home Evening chart.

Mary Field explained the not-so-picture-perfect-family moment to the Orlando Sentinel: "Our family was decorating for Christmas. Our two oldest children pulled the wishbone from our turkey at Thanksgiving and made a wish. Our daughter, Jillian, thought her wish of a lollipop would instantly appear since she won the wishbone. It didn’t appear, and Mom was called a liar, and Jillian was crying. It was a funny moment in our family."

Having already won $10,000 on March 25 for their home video, the Fields had a chance to win another $100,000 during the May 20th season finale. But that prize went to another LDS family—the Bagleys from Salt Lake City, Utah.

In January the Bagleys won $100,000 after submitting a video of their teenage sons, Beau and Clay, having a lightsaber battler while recovering from sedation after their wisdom teeth surgeries. The heart-wrenching and hilarious moment when Clay bursts into tears after killing his brother won the family another $100,000 and the title of the funniest video as they took the season finale prize.

Lead image of the Fields from the Orlando Sentinel