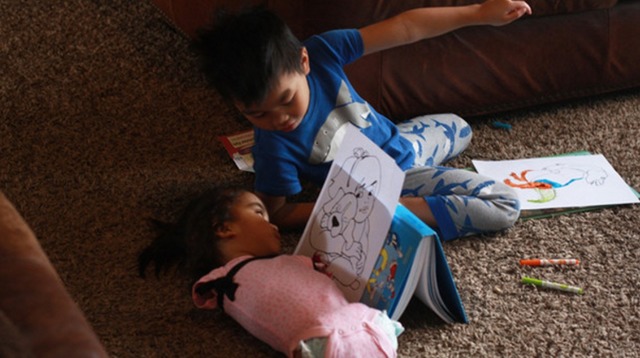 "Special needs adoption has changed our family forever. When we found our daughter we did not think that we were qualified or prepared enough to parent a child like her, a child born without arms and legs, but we knew that we could love her and that loving her was what mattered most!
She has given us far more than we will ever give her. She is so full of joy and light, and is an inspiration to all who meet her."

The lives of a small but growing family in Utah have forever been changed thanks to a tiny, bright-eyed toddler from the Philippines named Maria.

It's been over a year since Maria, now 3, who was born without her arms and legs, was adopted from a special-needs orphanage in Cavite, Philippines.

Hoping to inspire other families to consider adoption, her parents, Adrianne and Jason Stewart, shared their daughter's story to mark her first adoption anniversary in a video posted on YouTube.

Love What Matters, a blog dedicated to sharing inspiring stories, reposted the video and story, which has gotten over 700,000 views and more than 6,000 shares.

A story of courage

In 2014, the family of five—including the Stewarts' two biological daughters and an adopted son from the Philippines—decided it was time to expand yet again.