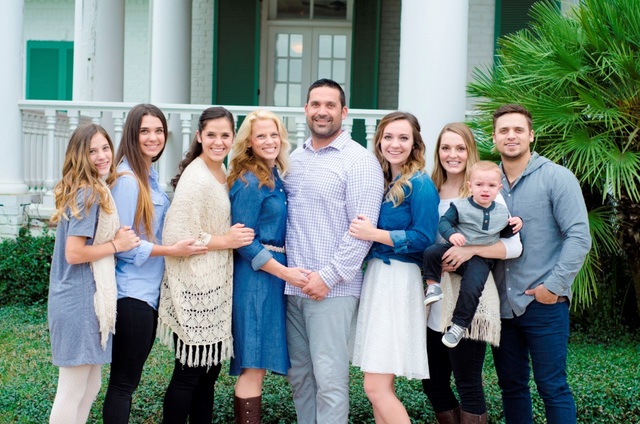 Twenty-Five years ago Gusty and Teri Graham had to make one of the hardest choices of their lives when they placed their son Devin up for adoption. But recently, with the help of the TLC show Long Lost Family, they were able to reunite with Devin again, turning their initial pain and struggle to overwhelming joy and gratitude.

Teri and Gusty met when Teri was a senior and Gusty was a sophomore in high school in northern California. Over the summer after Teri graduated, she got pregnant. Together, they decided as they were still very young, the best thing for their baby was to place him up for adoption, which they did with LDS Social Services in Utah. 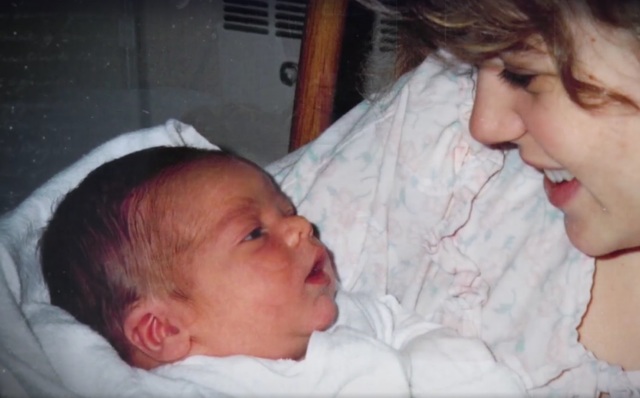 Teri and Devin, image a screenshot from TLC

Gusty and Teri continued to date until they were married two years later. During their marriage, they had four daughters: Aisha, Sierra, Madison, and Terin.

“Even though we ended up together, we never questioned if we had made the right choice at the time for Devin,” Teri says.

After giving their son to an adoptive family through the LDS Social Services, they were sent letters and even a video of their baby son. The letters continued for nine years until one day, the letters completely stopped, leaving the Graham family wondering about their son’s well-being.

As the years continued, the Grahams kept thinking about their son—not sure how they could contact his new family or learn why the letters had stopped.

“We just always hoped that he would eventually want to meet us," Teri says. "As the girls got older, we told each one of them about Devin. Without fail, they each were very understanding and loved knowing they had an older brother. They too hoped to meet him someday.”

The Grahams never gave up on that hope, even though they were yet to receive any promising paths to finding Devin.

“We had tried different avenues of finding Devin, but they never worked out. We always believed when the time was right, it would happen,” Teri says.

Then, on National Birth Mother’s Day in 2015, Teri posted a picture on Instagram and a staff member from Shed Media commented on it. Following their bio link, she found a questionnaire for people wanting to be reunited with someone, and she filled it out and added some pictures. Within a few days, Teri was contacted by a producer for the show Long Lost Family on TLC.

With the little information they were able to provide, the Grahams didn’t have high expectations for the TLC show because “they were very clear upfront that there was no guarantee that they would be able to find him,” Teri says. “We were hopeful, but we didn't let ourselves get our hopes up too high.”

After doing a good amount of research, including research done through ancestry.com, the people working with the show found Devin and were able to arrange for them to meet his parents. Gusty and Teri were shocked to hear that the son they had been searching for had now been found and wanted to meet them as well.

“When we first saw Devin, I think we both felt like it wasn't real. We had hoped and prayed for that day, but, as birth parents, you never know if it will happen. We just kept hugging him and wanting to make sure it wasn't a dream. It was wonderful!” Teri said.

The reunion for the Grahams was a joyful one, not only because of the addition of Devin to their family, but also because they met Devin's wife, Jordan, and his son for the first time.

“The family dynamic between our two families has been seamless. Devin and Jordan fit right in with us and there didn't even seem to be a transition time. It was like we had known each other forever,” Teri said.

The Graham’s family got a whole lot bigger, and their once inconsolable fear turned to peace as they welcomed their lost son home. More than reuniting with their son, the Grahams were received with open arms by his adoptive parents, Richard and Terri Hess, as well as the rest of the family.

It was an emotional reunion for both the Graham and the Hess family—because for Richard and Terri Hess, who were not able to have children but adopted through LDS Social Services, they were able to gain more loving family than they ever thought possible.

Remarkably, one of the four Graham sisters, Sierra, attended college for two years at Brigham Young University-Idaho during the time that both Devin and Jordan were attending the same school, but they never met each other.

The original story of this touching reunion, “Nobody Knew I Existed,” aired on TLC March 20, 2016. The follow-up episode, “Always Secretly Looking for You,” aired on February 12, 2017, and showed how the Grahams were getting along with their new son and his adoptive family at a family reunion.

“It means so much to have been reunited with Devin! We never have to spend another birthday or holiday wondering where he is or what he is doing,” Teri said. “The peace that brings is indescribable.”

Lead photo courtesy of the Grahams

Mormon Life Adoption ReunitedAdoption,Reunited,Mormon Life
Comments and feedback can be sent to feedback@ldsliving.com