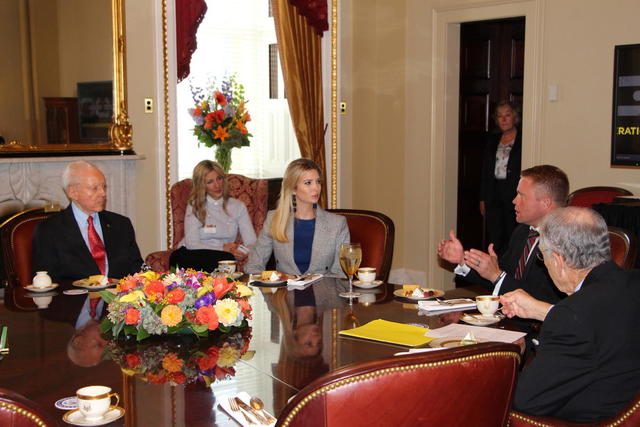 It was after attending the temple that CIA agent Tim Ballard received a spiritual prompting he didn't want. At that moment, he knew he was supposed to plunge into the darkness of sex trafficking in order to rescue children caught in slavery. Since that day, his nonprofit, Operation Underground Railroad, has continued to grow as they have rescued over 740 victims.

Tim Ballard, founder of Operation Underground Railroad, gave a special presentation to Ivanka Trump, special advisor to the president, and a small group of senators on Oct. 25 in Washington, D.C.

During the meeting, Ballard discussed legislation put forth by Sen. Orrin Hatch to help in the fight against human trafficking around the world. A former victim of trafficking also spoke to the gathering, according to ourrescue.org.

During the meeting, Ballard spoke of one day creating an anti-trafficking center.