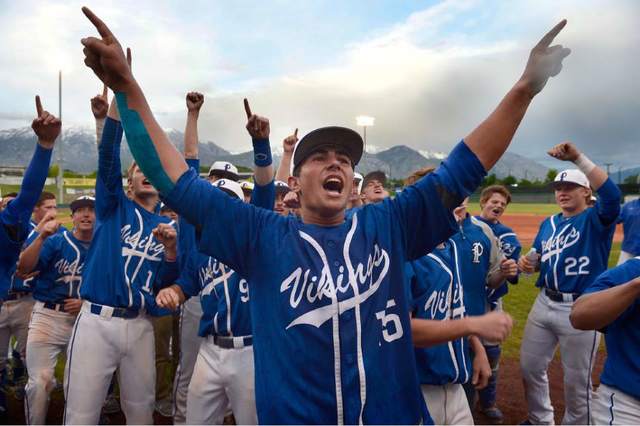 Henry, a two-time Gatorade Player of the Year at Pleasant Grove High School, put together a stellar senior season while leading his Vikings team to the state semi-finals. Henry and the Vikings were the defending 5A state champions.

Now, he faces an enormous decision--go to college or play professional baseball. "Two good options," Henry told the Salt Lake Tribune. Having already accepted a full scholarship from Brigham Young University, Henry's college path has already been paved and will be available should he choose to attend. However, he may end up beginning his professional career earlier than anticipated if he is taken high enough in the draft.

A devout Latter-day Saint, Henry won the Gatorade Player of the Year on the basis of not only his athletic excellence, but also his academic achievement and exemplary character. He graduated with a stellar 3.86 GPA and volunteered with a local homeless shelter and a student-athlete empowerment organization known as "Especially For Athletes." Gatorade described Henry as "a devoted member of his church community."

Henry is the latest in a long line of Mormon athletes who face tremendous hype coming out of high school. Fellow baseball star Bryce Harper graced the cover of Sports Illustrated during his prep years, and basketball phenom Jabari Parker considered playing for BYU before eventually ending up at Duke University.

This season, Henry batted an incredible .519, belting 7 home runs and collecting 31 RBIs. He's versatile on the field, playing both pitcher and catcher. Over the course of the season, Henry was scouted by every Major League Baseball club, and he hopes to be drafted as high as the second or third rounds. "A lot of teams are telling me they're interested," he said, "so we'll have to see."