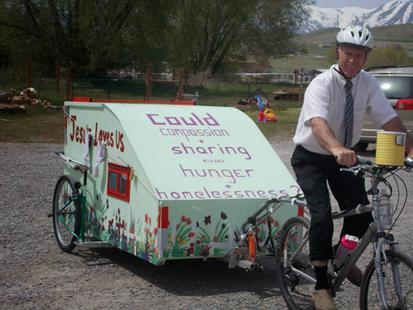 David Smith estimates he has gone ballistic some 9,000 times in his lifetime.

His children also attest to his unusualness.

"You never know what dad's going to do next," David Smith Jr. said. "He's always been a bit crazy."

Even after 40 years of being jettisoned from the barrels of circus cannons and bouncing into suspended nets, the pangs of adventure are just as insatiable as ever for the 72-year-old man called "Cannonball Smith."

Earlier this year, Smith decided to take a journey with physical demands similar to his former occupation as a human cannonball, but without the usual glory and fanfare.