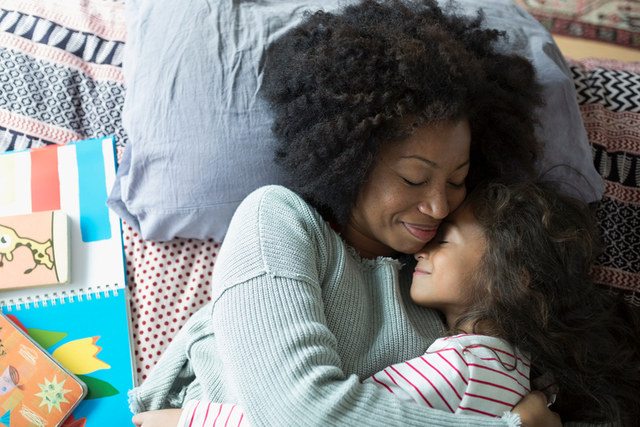 Many Latter-day Saints have had sacred experiences through dreams. In fact, as Elder Richard G. Scott revealed, dreams are one of the ways our Heavenly Father communicates with His children:

“Revelation can . . . be given in a dream when there is an almost imperceptible transition from sleep to wakefulness. If you strive to capture the content immediately, you can record great detail, but otherwise, it fades rapidly. Inspired communication in the night is generally accompanied by a sacred feeling for the entire experience. The Lord uses individuals for whom we have great respect to teach us truths in a dream because we trust them and will listen to their counsel. It is the Lord doing the teaching through the Holy Ghost. However, He may in a dream make it both easier to understand and more likely to touch our hearts by teaching us through someone we love and respect.”

We turned to our readers to see if they had any unique experiences receiving revelation through dreams. Their responses were powerful, beautiful, and personal, showing that our Heavenly Father loves and speaks to each of us.

Editor's note: The following responses have been edited for length and clarity.

brytonwood7:  When I got my call to Poland, I knew immediately that I needed to find my ancestors and living relatives and bring them the gospel. With my time coming to a close, and now serving in the region where my family originated, I prayed and worked earnestly to be led to them. One night I had a dream that we walked and were led up into a big, purple three-story cottage in a small village and there, in a small top story room, taught a beautiful young family to whom I immediately felt a profound and deep love for about the lost church of Christ that had been restored in full by Him. A week later that dream was fulfilled in every little detail and my companion and I were miraculously led to them and I was able to introduce the gospel to my family and provide them with the exact answers they had been praying and seeking for. It was a remarkable experience, the Spirit was so strong and tears were shed. :)

annikajanesmith: My wedding day, which temple, and my husband.

julie.jackman: No, but a couple sisters I grew up with did. They both had the exact same dream down to the tiniest details. It ended up saving their lives the next day. Miraculous.

capt.morg3n: When I was six years old I had a near-death experience. After that I started having dreams about people who had passed away, sometimes my own family members but usually strangers who asked me to just hear their story or to pass along messages to friends and family. . . . Right before I converted to the Church I had someone ask me to perform a proxy baptism on their behalf. A long conversation ensued as to why me and not someone else (someone close to him who loved him very much), but he wanted it done on his terms for very specific reasons. I secured the necessary permission and performed the ordinances (baptism and endowment). It’s one of the best things I have been able to do for someone else. The dreams continue.

ashley__bri: The answer to whether or not I should get baptized came through a recurring dream.

erikajotaylor: Before I had children I dreamt that a little girl with sandy blonde hair was running towards me. I thought it was my niece (my sister was pregnant). But when she was born with tons of black hair, I wasn’t sure. Three years later, after struggling with infertility I got pregnant. I knew from the start it was going to be a girl. It was. And as a toddler, she looked exactly like the girl in my dream.

Christine Anth: Yes!! After my second miscarriage, my cycle didn’t return. I had a dream of comforting and caring for a tiny fetus. As I held it, I heard God’s voice tell me, “You will be a steward of this child.” I woke up and felt inspired to take a pregnancy test . . .The test came back positive. I went to the doctor and at first, the doctor thought it was a twin since I had just miscarried weeks earlier. But after doing an ultrasound learned it was a whole new pregnancy! That child was born and is now 11 years old, but I always remember that dream and what God told me.

oceancottage4me: I lost two friends who were sisters in a car crash. I was 14. We spent lots of time together, walked to school together. Her dad was our Bishop. I had never lost a friend before and was devastated! The night before her funeral, I begged for peace and to say goodbye to her. I had a dream where she appeared to me, at my house. She was all in white, but never spoke to me. It was comforting to see her where we used to hang out and see she was at peace. I was able to move forward after that.

oceancottage4me: Before my father died nine years ago, he was hospitalized for two weeks. Having lost his eyesight yet being a Patriarch, we knew he saw things. He predicted his death, had dreams of another life, and would describe to us what he saw. We finally told him he was seeing things we were not allowed to see yet. He kept visualizing his home like a church or temple. He did die when he said he would. He told my oldest niece to never disregard dreams and what they mean.

Cory Wanner: Yes. Some are very vivid and have given me direct revelation for my life. Shortly after my grandfather died and I was still mourning, I became deathly ill. As I was attempting to get into bed I passed out, collapsing on the floor. My grandfather came to me through a brilliantly beautiful whiteness. He communicated to me his love and desire that I would improve my life, gave me warnings about potential pitfalls, hugged me, and when I awoke I was laying peacefully in my bed. I’ve never forgotten this experience. Many years latter, my father-in-law, who was not a member of the Church, died and every night for just over a year he came to me in my dreams asking me if it was time yet, meaning time for me to complete his proxy temple work. With the ordinances completed he stopped his nightly visits. Now, his ancestors keep coming to me, and although I do not know their names I know their faces and sometime soon I hope to have a breakthrough in the research that I’ve been doing in the former Yugoslavia and at long last put names to faces.

megtaylor262: My brother-in-law was killed two years ago in an accident, and as he was not active at the time. It caused us terrible grief and worry. One night I had a dream that we were gathered at my mother-in-law's house, grieving as a family and talking over his death, when I looked out the window and saw him in the midst of his brothers and father, unseen, but so very happy to be with us. He was at peace, so joyful and without a care, and just so happy to simply be amongst his family again. The dream gave me indescribable peace.

cyncas04: Yes! When I was about 11 my dad passed away, and I was so sad when we got home after we buried him. But I remember that night I prayed and asked in my prayer where my dad is and if he's okay. And that same night in my dream, I saw my dad and Jesus and both came to visit me and I sat on Jesus' lap and He reassured me that Dad is in a good place while Dad came straight in my dreams to my mom and brushed my mom's hair and told her how much he loves her. I will never ever forget that dream. I am now in my late 50s and to this day this dream is still so vivid.

Paola Chinchilla Ramirez: Yes ! A few years ago after many years of infertility, I dreamed that I was pregnant. It was, in fact, the case. But a few hours after that I started having a lot of pain. It was a miscarriage.  I was able to know exactly what was going on because of the dream I had the night before. Even though It was a really hard situation I was thankful to my Heavenly Father for warning me with a dream.

Mormon Life Dream RevelationDream,Revelation,Mormon Life
Comments and feedback can be sent to feedback@ldsliving.com