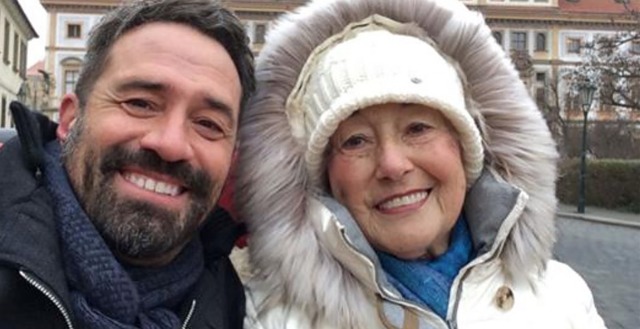 When Karl Brooks suffered a debilitating stroke 20 years ago, his wife, Carla, showed true love and devotion by caring for him daily all the way until his death a year ago.

Now Carla's son is showing his love for her by taking her on 20 adventures to 20 European destinations.

When Karl passed away a year ago, 77-year-old Carla — who grew up in Utah — lost her sense of self, according to her son Barton Brooks.

“It wasn’t a huge shock when he passed away, but after caring for him 24/7 for nearly 20 years — she was just lost,” Brooks told Today. “She was sad and lonely (obviously), but there was more of a melancholy about what she was supposed to do next.”

As he was brainstorming ways to help his mom, Barton Brooks remembered the story of his young mother running away to Europe with her wedding money after discovering her then-fiancé had been unfaithful, People reported. From that memory, a grand adventure was born.