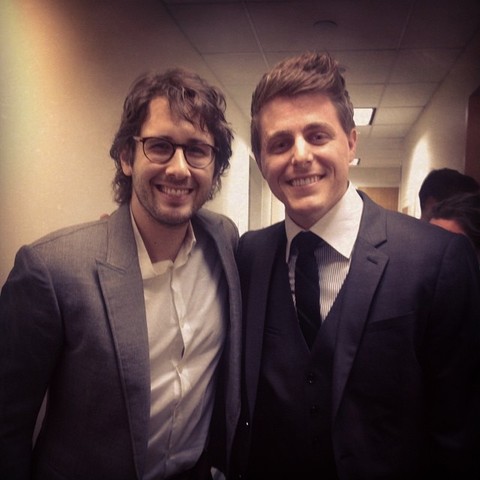 The setting was regal, to be sure.

Josh Wright, decorated LDS concert pianist and accomplished performer, made his Carnegie Hall debut last Thursday, January 23rd. "I was excited for that to be happening," he says. "It's a big event for anybody, their Carnegie Hall debut."

Wright, currently a student at the University of Michigan in pursuit of his doctrate in musical art, explains how it came together: "I was invited by my friend Mary Anne Huntsman." Huntsman is also an accomplished musician. "When she asked me, she said, 'would you like to play half of my concert in Zankel Hall?'" (Carnegie Hall actually has three performance halls--Zankel is the medium size hall.)

"I had performed at the Weill Recital Hall before, just the small one, as part of a group concert. This was a lot bigger, and a lot more intimate of a setting so far as how the audience is situated around the concert stage."

"The audience like La Campanella the most," Wright reflects, "and I probably enjoyed playing the nocturne the most."

But as far as meeting the other famous Josh? "It was just in passing," Wright laughs. "He’s good friends with Mary Anne, so it was just for a minute that I saw him backstage and said, 'Hey, can I grab a quick picture with you?' and he said, 'Sure!'" While Wright says, "It’s not that exciting so far as interaction," we have to respectfully disagree. Just check out the epic Josh-filled picture that resulted:

A few other well-known names were also in attendance at the concert, in addition to Josh Groban: Piers Morgan was in the audience (he later tweeted to Wright, "You guys were fantastic!") as were a large number of the Huntsman family. Wright also met with the latter. "That was fun to meet all of them and talk to them a little bit." But no pictures there. Still, "It was a great experience," says Wright.

So, after his Carnegie Hall debut and star-studded encounters, what's next for this talented pianist and LDS celebrity? You can catch him with another famous LDS musician, Paul Cardall, February 7th and 8th at the Rose Wagner Performing Arts center in Salt Lake City (get tickets here) or later on May 10th playing the Rachmaninoff Second Concerto with the Timpanogos Symphony Orchestra (ticketing information here).

And hey--if you can score a picture with Josh Wright, that means you're only one degree of social interaction away from a selfie with Josh Groban yourself!

Learn more about Josh Wright and his music at his website: joshwrightpiano.com.

Hear his latest recordings on his new album, My Favorite Things, now available at Deseret Book.