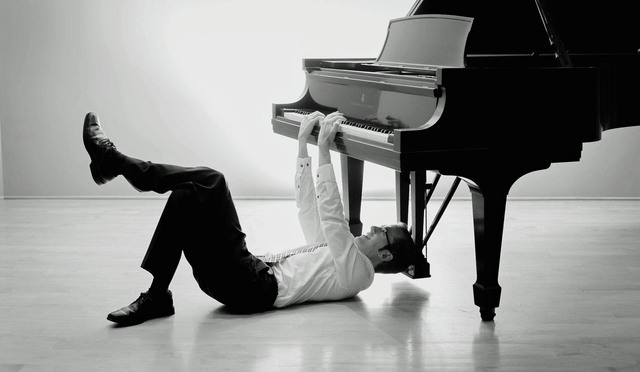 Soon after an LDS rapper beat out stars like Drake, J. Cole and Kendrick Lamar by landing third on the iTunes hip-hop charts, another LDS artist has topped the iTunes charts. Pianist Jason Lyle Black has come in at no. 1 for his debut album, Piano Preludes, on the New Age charts.

An award-winning concert pianist, a composer, an arranger, a stage performer, a popular YouTuber, and a bit of a comedian, Black does it all. Known as the "Backwards Piano Man," his often comedic videos have garnered over 30 million views on YouTube and even earned him a spot on the Ellen show.

Black recently landed a record deal with Stone Angel Music, and his debut album was released May 6.

Check out this stunning song, "Winter's Passing," from Black's no. 1 album, Piano Preludes.

Want more from Jason Lyle Black? Then check out his incredible and unexpected covers, from finding true love at Comic Con to the evolution of Taylor Swift. Or check out some of our favorites below.

Any Frozen fans out there? Well, you'll love this dueling piano arrangement:

Here's a little more Disney for you with this adorable video created by Black of his grandparents playing music he arranged: