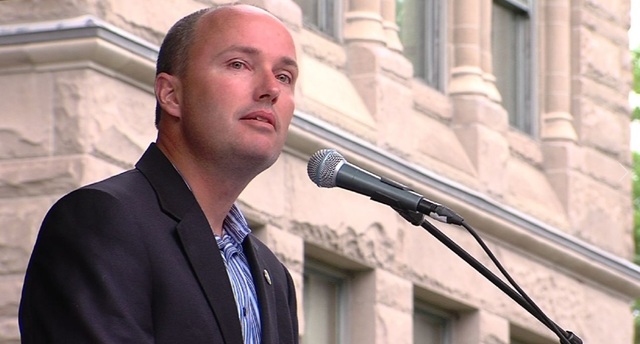 It's rare when a politician can mix humor with tears and genuine love while talking about the deadliest shooting in American history. What a great message for all of us to hear and to help us remember to always reach out with love and "appeal to the better angels of our nature."

Utah's Lt. Governor Spencer Cox has gained national attention after telling a crowd in gathered in Salt Lake City for an Orlando Shooting vigil that "his heart has changed."

His statements garnered the attention of one of the world's most well-known journalists Dan Rather who tweeted, "Moved by Lt. Gov. Spencer J Cox's words in the wake of the Orlando shooting."

News outlets such as NPR, Time.com, Washington Post, Vox, Esquire Magazine, Medium, The Washington Times all have covered the speech noting how Cox has made a personal experience of his own as a medium for showing others how hearts can be changed to love those different from us.